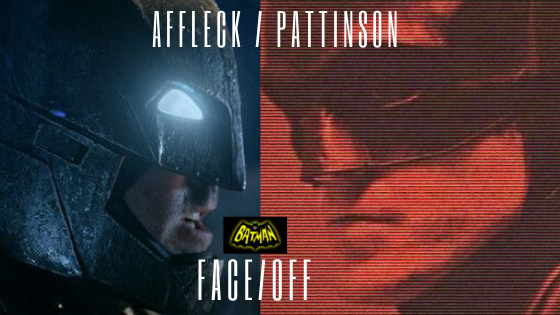 13 Questions answered about the Dark Knights return in 2021

There have been stories recently that HBO Max want Ben Affleck to reprise his role as the caped crusader alongside Jared Leto in a film for their streaming service but could this actually be true? Let’s take a look and see how credible the rumours are and how they could go about making it happen…..

Firstly how can Ben Affleck come back, hasn’t Robert Pattinson already been cast as Batman?

Yes he has and will star in ‘The Batman’ directed by Matt Reeves and due for release next year BUT….. the recent announcement that Zack Snyder’s (Snyder Cut) Justice League is also being released next year means that we are due to see 2 versions of the character on screen in the same calendar year.

But Warner wouldn’t have two versions of the same character would they?

That would just confuse people right? Well there is precedent here: despite DC initially being resistant to allowing there to be multiple versions of their characters on TV and film at once (e.g. ordering that the TV versions of Amanda Waller and Deadshot be killed in Arrow before their parts were portrayed in the Suicide Squad film by Viola Davis and Will Smith respectively) they did as time went on become more comfortable with there being both TV and film versions of the same character. The TV version of Deathstroke was allowed to be used in Arrow despite him being used in Suicide Squad. Superman/Clark Kent was allowed to be used in TV’s Supergirl and, perhaps most famously Grant Gustin’s TV Flash has been allowed to co-exist with Ezra Miller’s film Flash with the latter actually appearing in the former’s show.

But if they did have two different Batman characters at once how will they explain it? How will it make sense?

So do you know how we were just talking about the Flash? Well he is most famously known in the comics for an event known as ‘Flashpoint’ an event which opened us up to multiple universes (‘The multiverse’) where there are different versions of different characters living on different earths. So whilst Pattinson’s Batman could live and operate on ‘Earth 1’ for example, Affleck’s could live and operate on ‘Earth 2’.

OK that makes sense – who would be the main Batman villain in Affleck’s film?

Well word is that they want to bring back Joe Manganiello’s Deathstroke character (who was reduced to a mere post credit footnote in Joss Whedon’s theatrical cut of Justice League) and also the Joker.

Oh wow so Joaquin Phoenix fresh off of his Oscar winning performance is going to go up against Affleck? I can get behind that!

Ummm yeah not quite…..

So who is going to play the Joker? Jack Nicholson?

Is Mark Hamill going to portray the character after voicing him in Batman the animated series?

Do you remember Suicide Squad?

I vaguely remember him turning up for a few minutes yes……

Well rumour is that they want him to reprise the role…..

Well technically yes but let’s not forget that Leto was dealt a bad hand in his portrayal with Suicide Squad Director David Ayer admitting recently that Jared Leto was “mistreated” and his Joker performance “ripped out of” his film by editors meaning we never got to see his true version of the Joker. Also let’s remember that like Phoenix Leto too is an Oscar winner.

OK I’ll give him a chance then. So if we didn’t get to see the true version of Suicide Squad any chance that the true film will be released on HBO Max like Zack Snyder’s Justice League?

Well there is a similar fledgling ‘ReleaseTheAyerCut’ movement going on asking for Ayer’s original version of the film to be released and we’ve seen with the ‘ReleaseTheSnyderCut’ movement that anything is possible but HBO Max Exec Tony Goncalves has recently said that Synder’s upcoming Justice League “doesn’t set a precedent” so we will likely never see Ayer’s true version of the film especially with James Gunn’s follow up The Suicide Squad also set to be released next year.

That’s a shame. Anyway back to this rumoured HBO Max Batman film, will Snyder himself be directing?

Well the word is that Affleck himself will be directing as he was due to before hanging up his cape. Snyder will be on board as a Producer.

Did we have any details of Affleck’s film?

Well the script was completed so there were some leaks: As discussed previously it would have featured Deathstroke as the main villain and heavily include Arkham Asylum in its plot hence why Leto is needed and also keeping open the possibility of other Batman villains appearing.

OK I’m sold it sounds epic! When will I be able to watch it?

Maybe never! It is just a rumour at this stage however if Zack Snyder’s Justice League is a commercial and critical success when released next year the clamour for this film will grow even bigger and as we’ve seen with Justice League if the fans demand it enough they may just get it…..