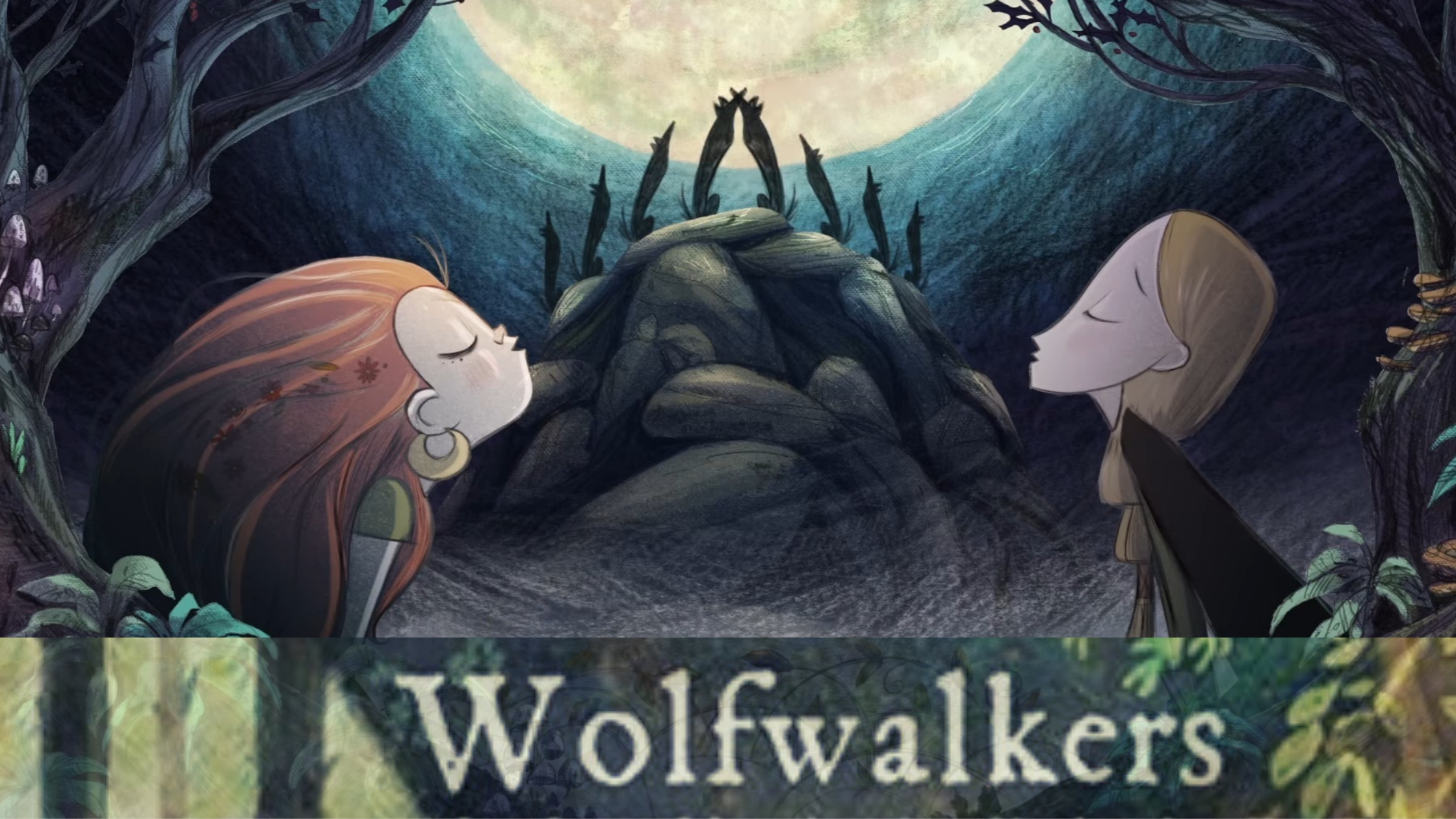 Animated story telling can be incredibly tricky to get right. While power houses like Disney and Dreamworks have tried and tested styles and formulas to fall back on, for smaller studios it can be incredibly difficult getting their foot in the door. One studio successfully breaking through are the team at Cartoon Saloon. The fact their first 3 feature films were all Oscar nominated speaks volumes about the quality being crafted there and their latest Wolf Walkers firmly establishes them as a Studio to watch in the future. It will be hard to see this not receiving another nomination and hopefully his time bringing home that top accolade

Wolf Walkers tells the story of Robyn, a young apprentice hunter voiced by Honor Kneafsey and her father Bill voiced by Sean Bean. They migrate from England to Ireland to help deal with the ‘demonic’ wolves hindering the work being carried out in the forest under the authority of Lord Protector Cromwell who believes he has a mandate from God to fulfil his mission.

The conflict comes when Robyn meets Mebh, a young wild native girl. After the obligatory initial conflicts, the two become fast friends and Robyn learns Mebh’s secret. She is one of a few Wolf Walkers – humans who have wolf like abilities and transform into wolves at night-time. Robyn is now faced with the dilemma of supporting her father who is tasked with hunting these wolves down and her newfound friendship.

The story isn’t entirely original but is given a fresh feel by placing it within Irish folklore. A period which is familiar but also distant enough to include elements of magic and superstition. Robyn and her father are outsiders, trying to find their place in Ireland. Robyn is teased and ridiculed for being English and not fully understanding the local Irish customs. Her Dad is an overprotective single parent trying to keep his daughter safe at all costs and prove himself in this new place.

The hand drawn art style adds so much to the story, from the blocky and drab colours of the town to the vivid expressive background of the forest which really brought an amazing light and energy to the film. The animal creatures tread the fine line between sweet and cute yet menacing when necessary. Not scary enough to frighten young children but enough so they recognize the character is in danger. Worthy of note are the ‘Wolfvision’ scenes which are not just beautifully done and joyful to watch but integral to the story

The ‘folk’ feeling extends through all the elements of the film, from the use of Irish folk band Kila to score the film, the infectious ‘running with the wolves’ by Norwegian singer Aurora and the distinctive art style. It is all beautifully merged to form a completely charming story of friendship, family and finding where you belong in the most unexpected of places.

Like most quality animated films, there is an underlying message for adults, and this is the only area that made me slightly sad. The idea that the only way we can understand someone different to us is not to walk in their shoes, not to make them see your point of view through knowledge and understanding but to actually become them. This is something we cannot replicate in real life when faced with such conflicts but left me wishing that could be the case!

This film exudes beauty and charm, tells a familiar story in a fresh innovative way, and leaves you feeling positive and uplifted in a manner some films are afraid to do these days