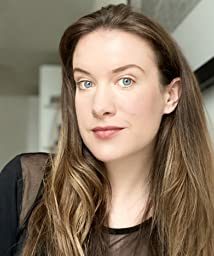 Just a few hours before the world premiere of her debut feature Rose: A Love Story we spoke with it’s director about how to create a realistic vampire story, parallels with Covid, and Steven Spielberg

You can read the interview below, or give it a watch if you like more ramble

D: I’m sure this isn’t how you imagined premiering a film but can you still celebrate?
J: It’s not not at all what I expected to be honest with you, but I’m just grateful to be in the festival and that people are watching it. I can’t believe people have watched my film today, I still can’t believe it!

What attracted you to that story, how did you get involved with it?
My agent sent me the script because the agency represents Matt (Stokoe) as an actor and Matt had just written the script off his own back. I read it and I was like wow – I need to meet Matt. When I met him I just splurged at him all about how I would approach this film. He said ”well okay great because that’s how I see it too.’ We had this really cohesive creative shorthand as soon as we met so I knew this was going to be good. Matt was working with Sophie (Rundle) whilst he was writing the script and shared it with her and Sophie had thoughts that were brilliant and elevated it again. Then the three of us spent a couple of years just kind of hashing out different ideas, and talking it through, and distilling it into the film that it is now.

It’s a unique take on a pretty old story – did you read or watch a lot of vampire stories in preparation?
You know I didn’t actually watch a lot of vampire-based things, I watched kind of claustrophobic family focused films. There’s a film called The Hallow which i took a lot of inspiration from. It Comes At Night was definitely a big influence and a film called Honeymoon I also really liked because of the forest setting. I didn’t really use many vampire things I guess because even though I know that there is that aspect to the story I wanted to focus more on the practicalities. If you were actually in a relationship with someone who had vampiristic tendencies you’d have to kind of carve out a life, and manage meal times, and a sex life, and you know there’d be some real challenges involved in that. That’s what the story was all about for me, so I was looking for stories that inspired me, that had real human relationships at the heart.

I really liked the approach of Rose’s condition being managed like an illness. There’s no way you could have seen how relevant the scenes of quarantine and decontamination would be now, but how did you approach that angle to it?
We had to be really clear on the rules of her condition. Okay, so if she smells blood it can set her off? So Sam has to bury things that have touched blood, he has to skin the rabbits outside and bleed them before he comes into the house. Whenever they go outside Rose has to wear a mask that’s soaked in lavender oil to mask the smells of anything outside. So it’s been weird. Now hopefully more people will be able to relate to the isolation aspect of it, but also they’re relating to having to wear a mask – who could have known!

I really loved the design of the house – what was the process like for creating how their home looked?
It’s quite a puzzle piece that house because essentially where we were filming and where we were living at the same time was the same place. It was a group of holiday cottages in a private forest in Wales. When I scouted the location I immediately found a house for the exterior because it looked cool, but it didn’t match the interior that I wanted to shoot in. The kitchen and the bedroom were on the second floor and I wanted them to be on the first floor, so my art department had a real job to make it look like it was all cohesive in one environment. The attic was on the third floor not the second floor, the bathroom was in a completely different house and the exterior was a completely different house again. When we look out the windows we’re looking at four different houses – it was a total puzzle but I think we got away with it, I thought it looked amazing.

Who or what influenced you in becoming a filmmaker?
Surprisingly I’ve got like extremely mainstream tastes! It was the Steven Spielbergs of the world. Things like Jaws and Jurassic Park. I was just like wow, this is another world, and it’s a world that I have to get involved with in some way. It really all started back in the 80s and 90s with me wearing out my VHS tapes.