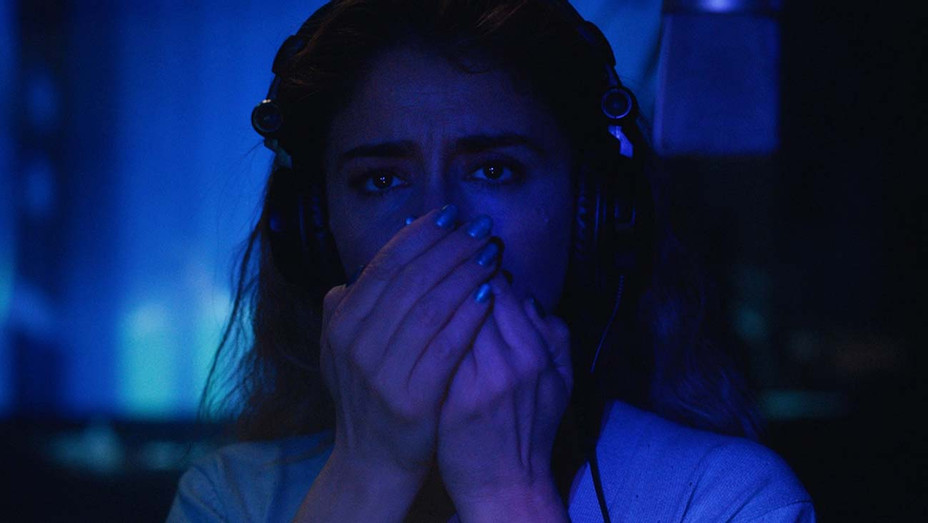 Erica Rivas plays Inés, an actress and singer in Buenos Aires who splits her time between recording Spanish language dub of foreign films and performing with a female classical choir. After suffering a trauma at the start of the film Inés starts to notice odd things happening around her. Her sound engineer can hear odd whisperings in the background of her recordings which no technology can explain, and she starts to have vivid nightmares and hallucinations which bleed into her everyday life. A superstitious colleague tells her that she is surrounded by Intruders, figures from her nightmares that that have become real. As her mental state worsens Inés must figure out what is real and what is not and try to banish these unwanted figures from her mind.

At only 90 minutes I found The Intruder to have too slow a start and to suffer from somewhat languid pacing for its short run time. Adapted from a popular Spanish language horror novel El Mal Menor this film straddles genres, not really being scary enough to be a horror nor tense enough to be a thriller it defies neat categorisation. Nevertheless it has some excellent creepy scenes. Particular highlights are those that take place in the recording studio where we see Inés recording the dub for a Japanese horror movie. There’s fantastic use of light and sound – the actress filmed in close up, alone in the dark recording booth whilst colourful violent scenes play out on the screen in front of her, uneasy discordant sounds amplified over her headphones make for some unsettling moments.

Rivas is supported by Cecilia Roth as her concerned but shallow mother Marta and Nahuel Pérez Biscayart as her new love interest Alberto, a musician who is working on tuning the organ at the concert hall she practises in. All turn in decent performances Rivas restrained paranoia being the obvious highlight, she is wonderfully gaunt and harrowed as she starts to question reality and every person around her.

The film will obviously draw comparisons to cult hit Berberian Sound Studio though it’s nowhere near as surreal or inventive. Unfortunately despite some interesting ideas and excellent use of cool settings The Intruder does become a little predictable in the second half – coming down to a series of ”real or not real?” scenes in which Inés must try to figure out who in her life is the invading intruder. I thought the reveal rather obvious and expect many of the audience will too. It does end on a very unexpected and odd note which bucks the rest of the film, but I am not sure it is enough to make the whole thing an exciting package.

There’s plenty to like in this story of auditory hallucinations though it suffers from being tonally unbalanced and could stand to take bigger risks. Still, by no means a bad way to spend 90 minutes of your time.

The Intruder receives it’s UK premiere at the BFI London Film Festival on 12th October 2020. Dates for worldwide distribution are yet to be confirmed.