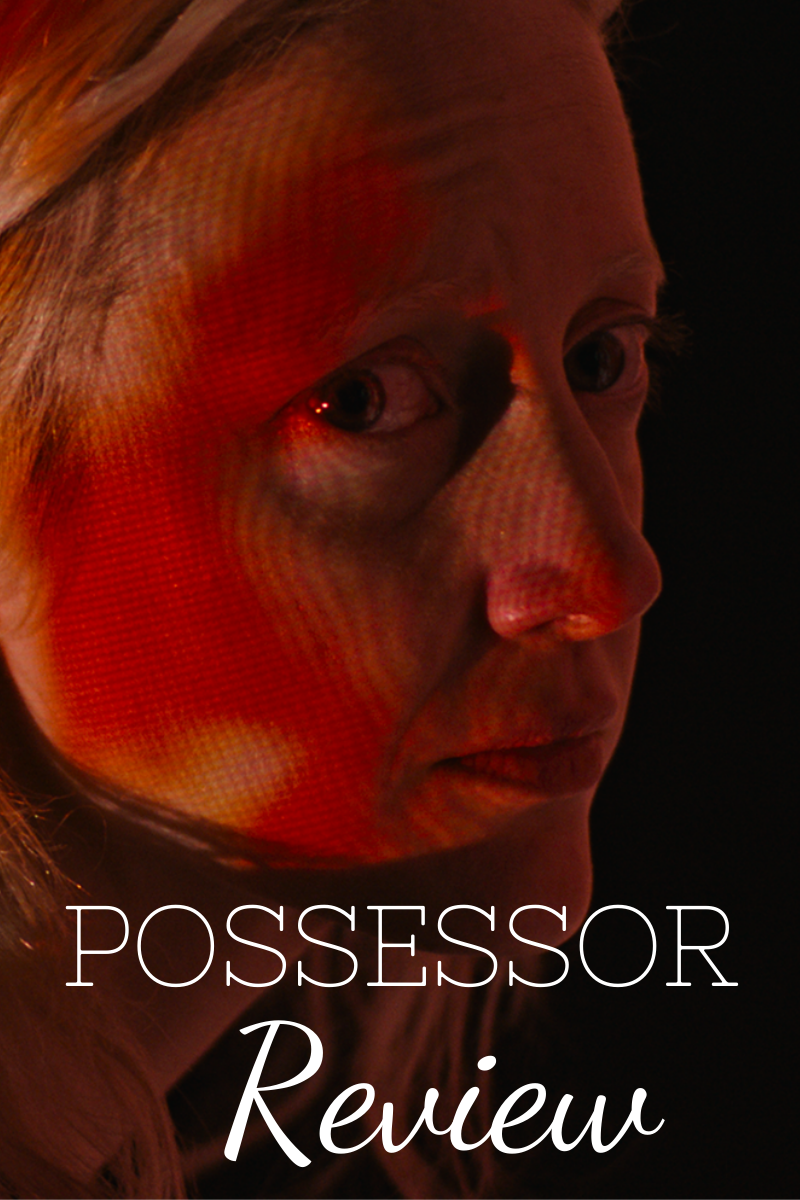 Possessor is unapologetically brutal and unnerving. It’s a shockingly savage, morally ambiguous sci fi story that will stay with you long past its blood-soaked finale and I thoroughly enjoyed it.

Brandon Cronenberg follows up his 2012 debut Antiviral with this intense body swap thriller. His father David Cronenberg is considered the founder of the ‘body horror’ genre, known for his exploration of themes such as body transformation and the blending of psychological and physical terror. I freely admit I am not that familiar with his spectrum of work outside ‘The Fly’ and I’d like to believe Brandon is more interested in creating his own legacy rather than continuously being told he is continuing his father’s. With that in mind, I approached this film with a clean slate, and I can safely say my slate is now suitably muddied!

Some have labelled this a horror film, but it falls more under the psychological thriller label in my opinion

Possessor stars Andrea Risborough as Tasya, a hit woman working for a mysterious agency carrying out paid contract killings. The synopsis describes Tasya as a respectable wife and mother in her ‘normal ‘life. We join her at a crisis point in her assassin career as she starts to experience visions and psychological issues during a job. She hides this from her employer to carry on working and as you would expect things continue to deteriorate to the point she experiences a break during her next job, possessing her latest subject Colin, played by Christopher Abbott. Tasya’s target is Colin’s father in law, played by Sean Bean

Andrea’s portrayal of a once elite, competent assassin slowly losing her mental grip would be a standout if it weren’t so perfectly matched by Christopher’s male character being possessed by a woman. There are no light or comical moments around this gender swap, just a professional adjusting to her current job. The film soon becomes less body swap and more akin to mind share.

The technology used to achieve this goes beyond the ideas presented in films like face off and lends itself more to horror films like the exorcist, with two beings fighting for control of one body. No attempt is made to explain how this mind swap/merge technology works, it’s a case of just accept it and move on. The only aspect confirmed regarding the swap process is that it requires the host to commit suicide to break the link, which is included simply because it is critical to the story.

Possessor is unrelenting grim and brutal. It makes no attempt to explain the nature of the organisation Tasya works for or who sanctions these killings. Are they purely for profit or are they somehow for the greater good? We are never offered an explanation or justification for the murders so we are simply left anchored to Tasyas struggle, all the while unsure whether we should be routing for her to succeed or not. Her killings are savage, the word ‘Overkill’ comes to mind as she hacks away at her victims. The film maintains its amoral approach to society all the way to its bitter, bloody conclusion.

I was looking forward to a slick thriller about a female assassin. What I was left with were unrelenting gut punches and an unapologetically gory tale, which had little interest in selling us any notion of justice, morality or character redemption and I thoroughly enjoyed it.

You can see the trailer here