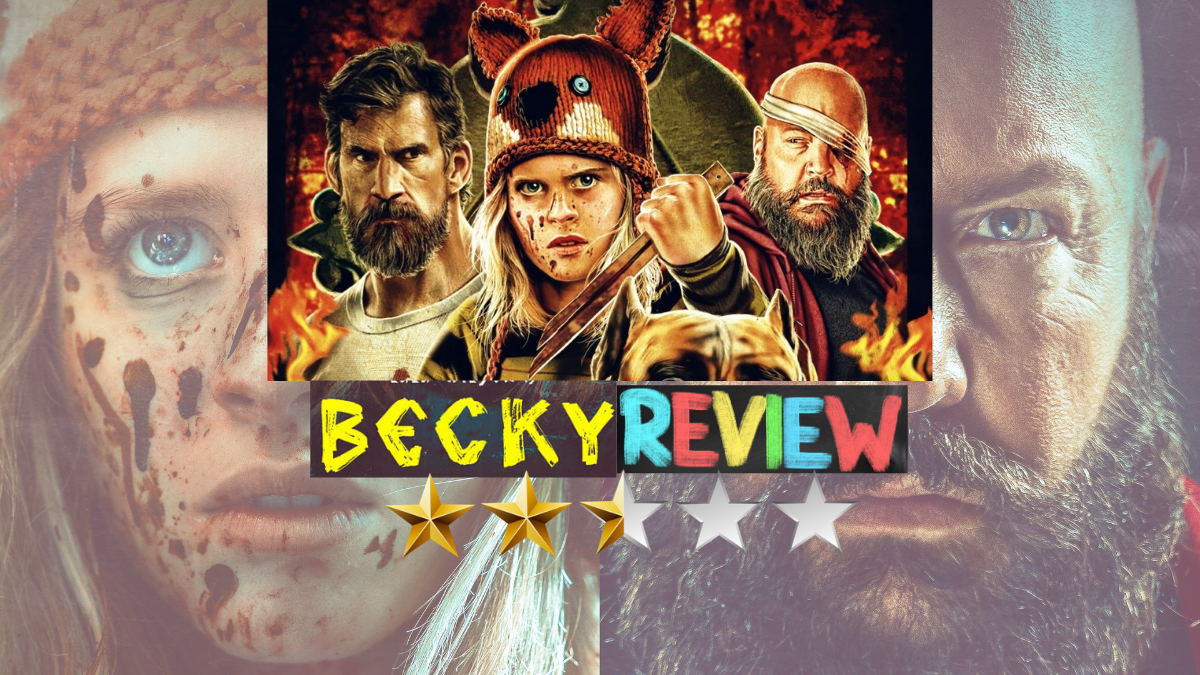 In Becky, neo-Nazis discover something more dangerous than their hate-an angry teenage girl

Do you recall ever watching Home Alone and thinking to yourself, “I wonder what it would be like if adorable little Kevin was a psychotic teen girl and the bumbling burglars were actually escaped neo-Nazi convicts? Well, wonder no more as Directors Cary Murnion, Nicole Ihasz and Jonathan Milott bring this premise to life with a story by Ruckus Skye and Nick Morris

Becky stars Lulu Wilson as a teen girl pushed too far over the edge by life and circumstance. In typical high school fashion, she is having a terrible time at school with bullying and bad behaviour. To round it off her mum has recently died of Cancer and her Dad Jeff, played by comedic actor Joel McHale brings home a new girlfriend he plans to marry played by Amanda Brugel. Life couldn’t get any worse for Becky, until her family are taken hostage by four recently escaped convicts

TV and film funny man Kevin James plays the leader of this convict group on a mission to retrieve a key which somehow holds the answer to a true separation of the races. Becky is absent during the home invasion and is the only person who knows the location of the key. So begins the psychological game of cat and mouse as Becky does her best to outsmart the crooks while devising a plan to rescue her family

Well, that’s probably how the film played out when they came up with the idea. What actually occurs on screen is much like I described earlier, a retelling a Home Alone. But while little Kevin devised genius traps from simple household objects, Becky sets about unleashing hell on these crooks, using the familiar terrain and tools from her tree house to create weapons of death and torture. It becomes a bloody graphic gorefest as she goes to war with the Nazi crooks.

The earlier shots of Kevin James as the bad guy ensured we were always treated to the large swastika tattooed on the back of his head, so we are constantly reminded just how evil he must be. Unfortunately, as the film progresses, he slowly goes from being the strong and evil silent type to a comical scooby Doo villain. Its admirable Kevin has tried to break from his stable traditional roles as the loveable funny guy, but this was always going to be a tall order to swallow. At no point did I find him scary or menacing (to be fair that could partly be my fault for watching ‘Hitch’ a few night ago)

Becky is a mash up of genres that attempts to deal with a host of issues like teenage depression, loss, step parents, blended families, and racism. It deals with none of them. Lulu Wilson does a decent job with the material provided but nothing in the film makes us take the ‘Girl Vs four’ war set up seriously nor does it explain why Becky so readily takes to killing. Also, the mysterious key, which is the whole point of the movie is never revealed. The movie attempts to present itself as gritty crime action thriller but ends up being a teen slasher movie where the teenager ends up doing the slashing. It’s unbelievable but untaxing. The pacing is decent pace and length wise it doesn’t drag. There is still something satisfying and fun about watching comedians like Kevin James and Joel McHale attempt to play it straight.