Say Hi to the Bad Guy 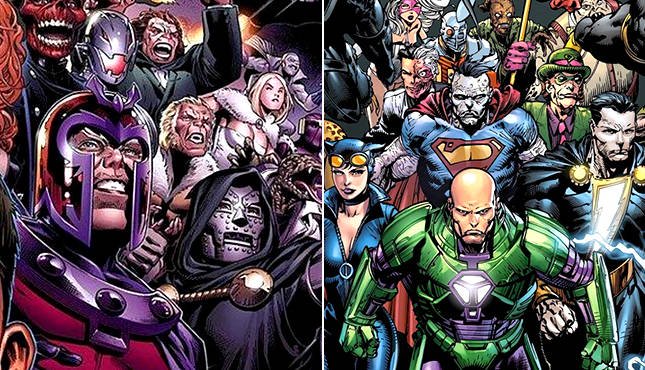 After The Joker, Who will be the next Comic Book Super Villain to get a standalone film?

‘Every Villain is the hero of his or her own story’: The Writers Journey – Christopher Vogler

Why should we say hi to the bad guy? When I first heard Warner Bros were going ahead with a Joker movie, my initial reaction was “No, why, dear lord, why?” No one wanted or asked for a Joker movie. One of the Joker’s biggest draws as a villain is his mystic, his mystery. There was an element of power in his anonymity.

I’ve always believed that balance is essential in the comic book universe. For every action, there is an equal and opposite reaction. So, if you have a Superhero you also need a Super villain, that’s how you bring balance to the force. (sorry, wrong franchise but same idea).

What would a James Bond movie be without its ‘Man with the golden gun’ or Goldfinger? Films with impossibly heroic leads need great villains as a balance. A solo Joker movie with no Batman in sight just seemed to me like a recipe for failure. But as it turns out, I was wrong, very wrong.

So what is required to make a good on screen Luthor?

Michael Rosenbaum played the character for several years on Smallville. The show was an origin story for Superman but also served as an origin story for Lex. Michael played the character with a certain vulnerability. We felt for his plight with his abusive father, lack of good guidance and perceived betrayal by his best friend Clark. Lets not forget his mistrust of all things alien. With a long-running show like Smallville, they could show the characters slow descent into evil. The only thing better than Michael Rosenbaum’s villain portrayal in Smallville was that by John Glover as his father Lionel Luthor which was chillingly sinister.

Gene Hackman played Lex Luther in 3 out of the 4 original Superman Movies opposite Christopher Reeve. Gene’s portrayal whilst enjoyable was very reminiscent of a con artist, a salesman trying to rip everyone off. He was always plotting, and planning a way to get an advantage. He would make a deal with anyone then stab them in the back at the first opportunity. He was driven by power but also money and ‘the good life’.

John Shea played Lex on TV during Lois and Clark: The New Adventures of Superman.  Despite the long run of the show, he was only fully featured in the first season, after which it was mostly guest appearances. His time as Luthor stood out most for his arrogant portrayal of the millionaire. He hated the thought that Superman appeared ‘above’ us humans and was determined to bring him down a peg or two. He also pursued Lois Lane quite fanatically, possibly seeing her as the ultimate prize to claim from Superman.