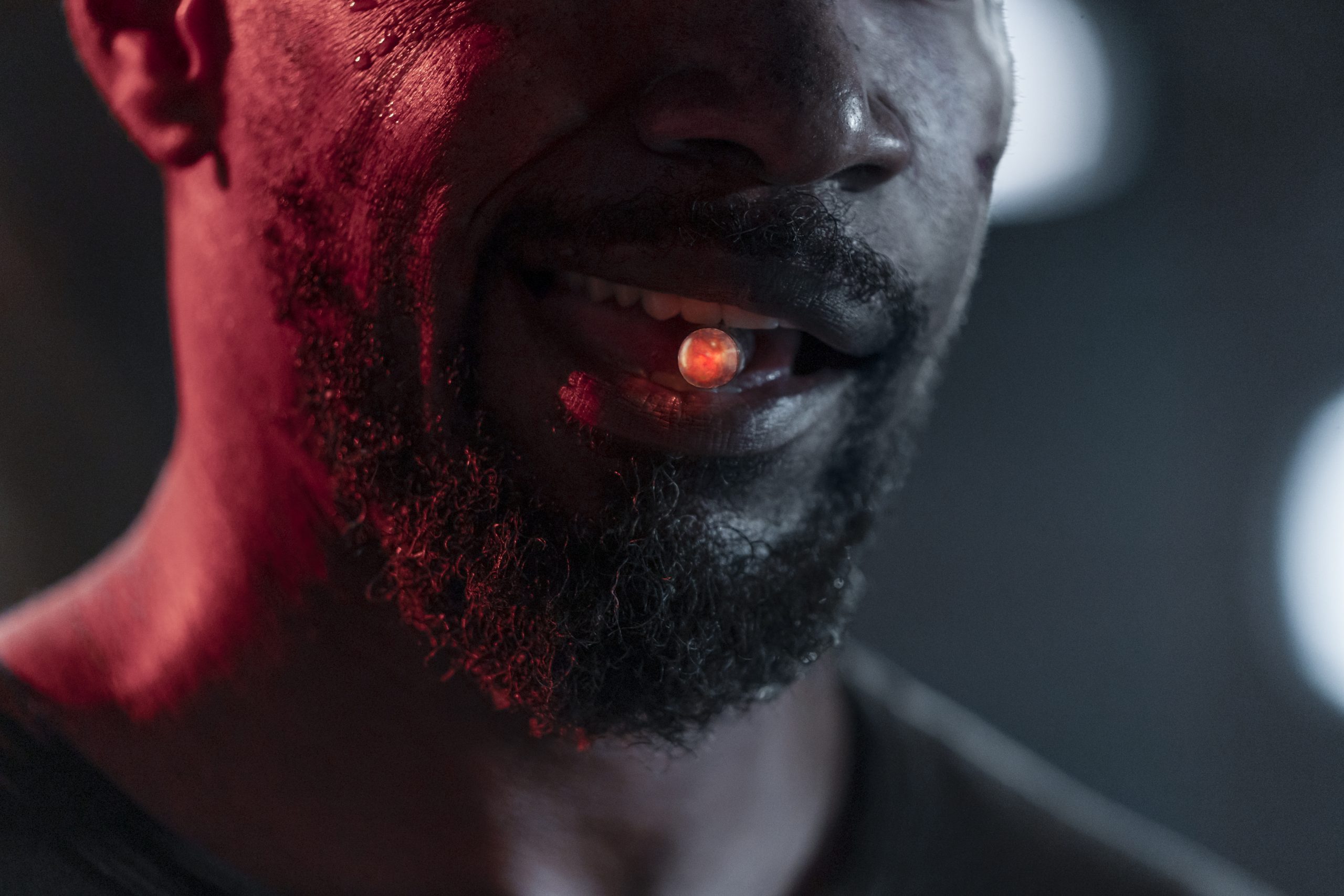 No One Man should have all the POWER

No One Man should have all that Power

Firstly, let’s get this out of the way. Project Power is not Netflix’s entry into the eternal battle for Superhero domination between Marvel and DC. There’s no bright costumes, spaceships or aliens. Directors Henry Joost & Ariel Schulman have taken the story by Mattison Tomlin and crafted a film more grounded in reality than many recent super powered film efforts. This grounded approach doesn’t mean dark, gritty or littered in bad language. In fact, for a Netflix film, I was surprised just how clean the language was.

Now for anyone who comes to this looking for something similar to a superhero movie will be sorely disappointed, this is not that type of film. This is a very human story where powers are a co-star.

The movie tells the interlocking story of its three main characters lead by its stellar cast. Jamie Foxx plays ‘Major’, a retired soldier looking for his daughter who might just be the key to the whole powers mystery. Joseph Gordon-Levitt plays Frank, an idealist cop willing to put everything on the line to protect his city. Very reminiscent of his part in the Dark Knight. New comer Dominique Fishback plays Robin. A smart streetwise school girl, part time dealer who takes care of her sick mother and also dreams of being a rapper

Dominique more than holds her own against the two more seasoned actors and in some ways, this was her story as she was central to both other characters plots. I was pleased to see she got an equal amount of screen time as a lead character

These three characters’ lives converge into a common goal and as it races towards its finale. The 4th character, the drug ‘Power’ is based on some creative liberties taken with science and evolution. Basically, the drug gives people powers based on animal traits found in the wild with abilities considered advantageous, so for example gaining chameleon like abilities. The catch is the abilities only last for 5 mins per pill and until you take your first one, you don’t know what ur power will be or if it will just kill you.

The film is set in New Orleans and has a running theme of the poor and underprivileged being taken advantage of by those in power. New Orleans has suffered recent natural disasters and financial deprivation from lack of support and under funding. While this film doesn’t focus on these areas, it makes it apparent that is the backdrop within these events are occurring. The idea that poor people are given the chance to gain some power and control their lives even if for only 5 mins at a time is intoxicating and almost impossible to resist, especially when it’s free. But anything in life that seems too good to be true usually is and of course it’s not a spoiler to say that’s the case here. Poor people being taken advantage of by the rich is a tale as old as time itself.

Netflix have taken a very different approach in constructing their Superhero and super power films. Rather than try and take on Marvel and DC at their own game they are doing their own thing which is very smart, not having a rich history of characters and stories to pick from. What they are providing is films for a generation of people who haven’t grown up reading comics but still like the idea of humans with great powers minus the cool costumes and fancy names. While this might not bring them any income in the way of merchandise you can sell to kids, it does keep their subscribers engaged and entertained, with their super power itch scratched.

I really liked this film. Not because it was amazing but because it had heart. It didn’t try to be more than it was and told a simple well-worn story and tried to put their own spin on it. The powers were fun and the characters were likeable. The atmosphere was mostly serious but not grim or depressing. There were a few light hearted moments but nothing you would describe as a comedy. My only complaint is there could have been more powers. During an early Bank robbery, they attempted to show the chaos that would ensue if everyone could have powers. I think there could have been much more chaos shown, maybe even some comical results of the random powers people got and what they did with them.

So overall I think this was an enjoyable if not spectacular movie. This was never going to compete with the 300 million dollar Superhero films put out by larger studios so people need to adjust their expectations. There is no requirement for a joint universe or need to tell an interlinking story than spans many movies. It’s just one film which has an ending, not a cliff hanger. That’s not to say there won’t be a sequel. Netflix are very cut throat and don’t appear to have any emotional connection to any of their films or properties. If the film is very successful there is lots of scope to expand and bring them all back. If it doesn’t, Netflix will walk away on to the next project. Either way it shouldn’t matter to us as viewers. We’ve seen a cool fun movie with actors invested in the characters their playing, delivering a fantasy experience for us to enjoy. Isn’t that the job of movies?

Have you watched it yet and what did you think? Good fun, terrible waste of time or somewhere In-between?