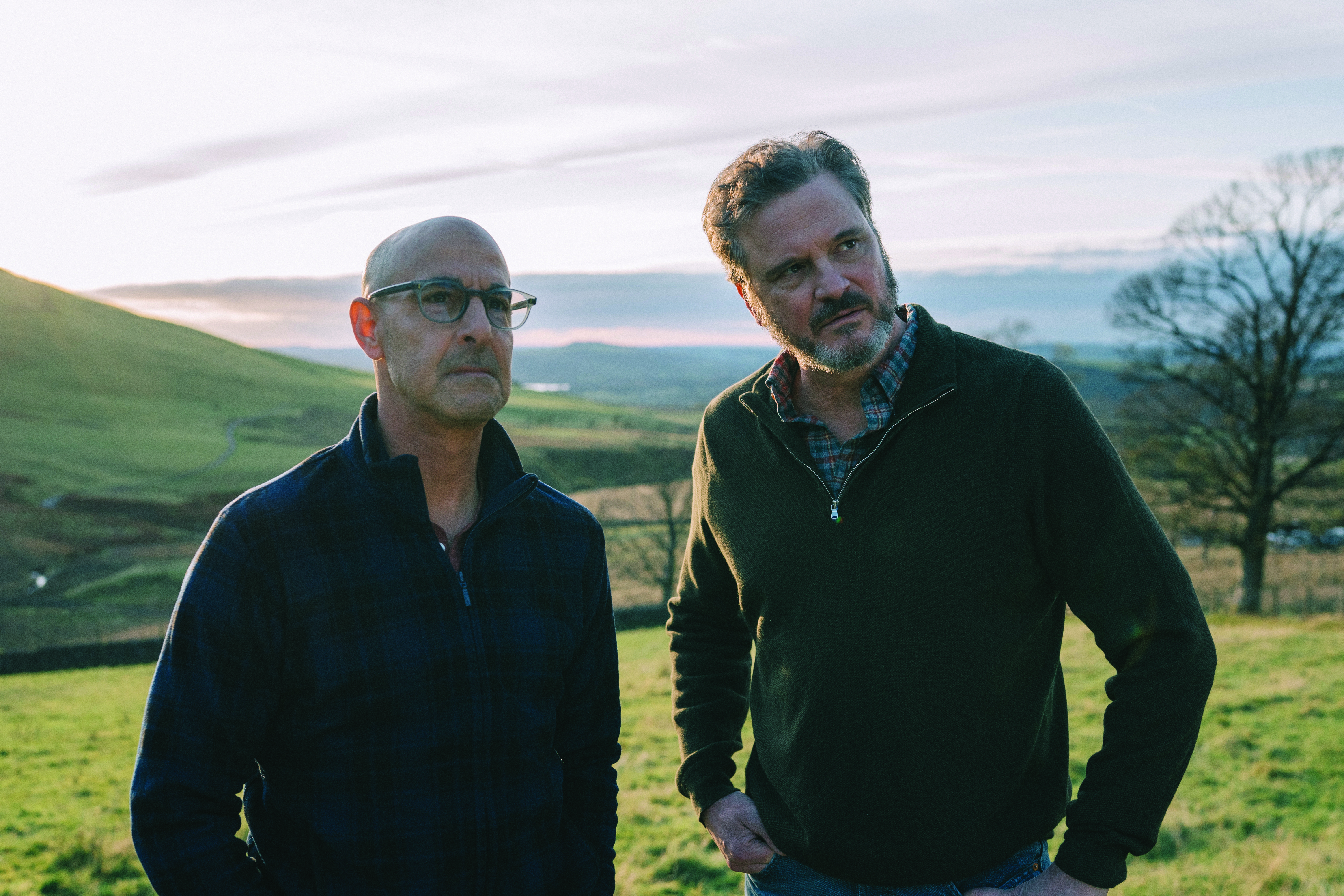 Colin Firth and Stanley Tucci charm and then break our hearts in Supernova, a sensitive drama about a couple dealing with a dementia diagnosis

The day the trailer was released for this film my friend text me: ”Wanna cry in a cinema with me on 20th November?” A brief skim of the plot makes this pretty much a given. Sam (Firth) and Tusker (Tucci) are a happy couple of twenty years. Two years after Tusker is diagnosed with early onset dementia they embark on a campervan tour of the Lake District in an effort to recreate a trip they took when they first met, catch up with old friends, and make the most of their time together before Tusker’s illness becomes too advanced. Beloved actors wearing comfy knit jumpers, gazing tearfully into each other eyes and tramping round the beautiful countryside with their cute dog seemed almost a guaranteed recipe for success – and I am very happy to say this film lived up to my own personal hype.

The sophomore film from British writer and director Harry Macqueen Supernova is a thing of beauty. Filmed on location in Cumbria pretty much every scene is surrounded by gorgeous rolling hills, rivers, and valleys, it’s a veritable advert for the Lake District tourist board. It has a beautiful orchestral score composed by London musician Keaton Henson – the music alone enough to bring a tear to your eye at times – interspersed with melancholic classical piano pieces supporting the backstory of Firth’s Sam being a professional pianist.

It’s also a thing of great simplicity; dementia now so horribly familiar to pretty much every family on earth, Supernova does not try to spin a groundbreakingly creative yarn but rather just tells an honest story. Tusker, a writer, doesn’t want to lose his creativity or independence. He doesn’t want to be a burden to the person he loves. Sam, the person he loves and who loves him, simply doesn’t want to lose Tusker. They’re both terribly British about the whole thing (despite Tucci being American) and refusing to admit their fears about the future to each other, though as you may expect, these fears come crashing to the forefront as they seclude themselves in the isolation of a country house and the intimate confines of a campervan.

The film is anchored in two wonderful, heartfelt, awards worthy performances. Firth and Tucci have great chemistry, their moments alone together incredibly tender and intimate, their bickering about sat navs authentic, their arguments crushingly sad because they are so thoroughly based in a believably deep love. After spending much of the film putting off and joking around about his situation, I defy any audience member not to well up when Stanley Tucci finally breaks down. Where Colin Firth made an early career out of playing the haughty romantic lead, he’s at a career best playing vulnerable and affectionate. They are both, simply put, lovely.

This is a film that really sits with you (I somehow did the bulk of my crying after it finished rather than during.) It’s painfully familiar. A sensitive study in love, fear, making sacrifices for the people we love most and boldly facing an impending loss. One of the highlights of this years festival, Supernova will hopefully find a much wider audience soon.

Supernova gets its UK premiere at the BFI London Film Festival on Sunday 11th October. It’s on general release from 20th November 2020