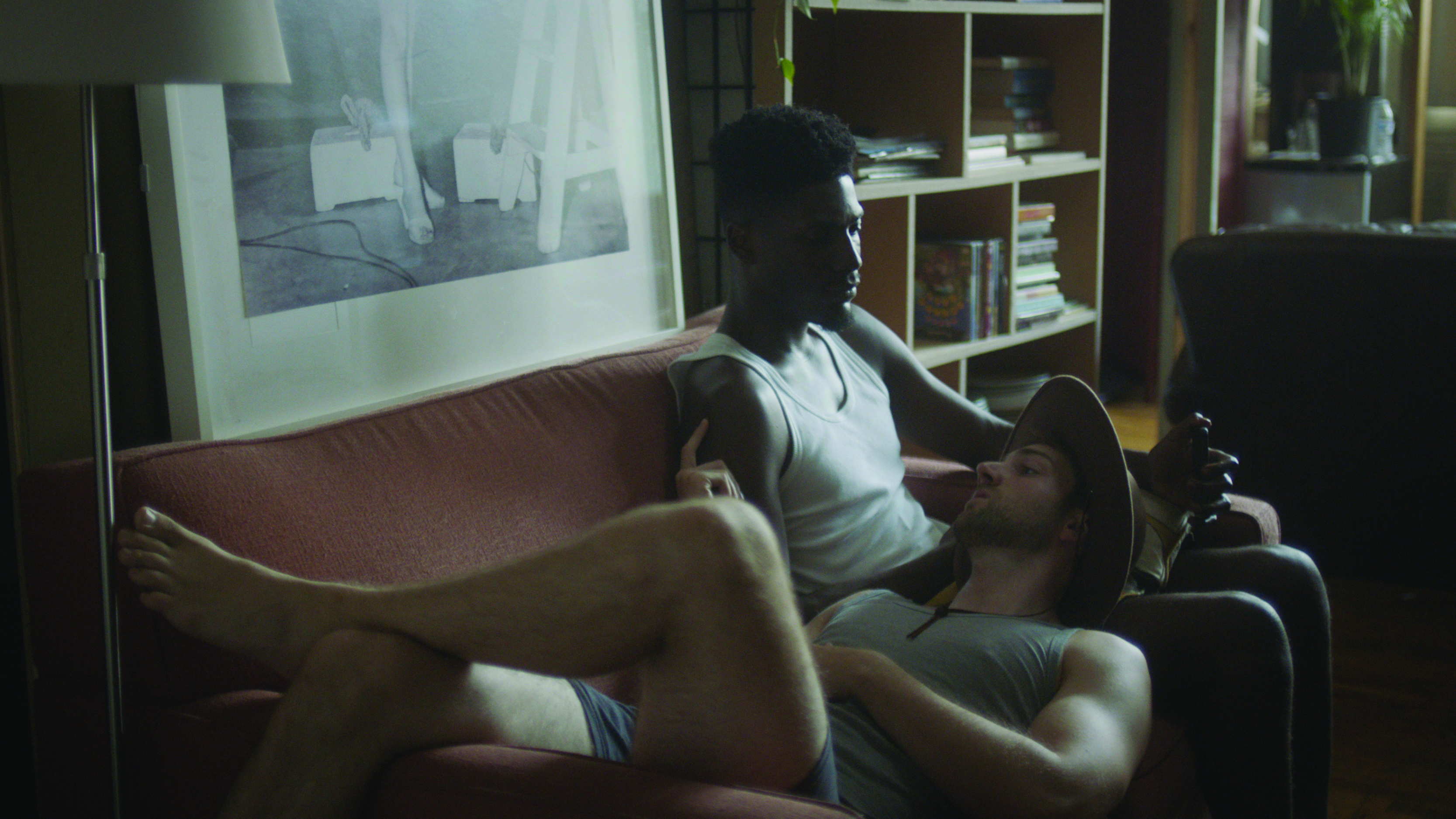 Sensitive and painfully honest, Cicada is the story of two men confronting their traumas and their love for one another

Cicada is a film from two multi-talented individuals; Matt Fifer is co-director, co-writer and star playing the character of Ben, Sheldon D. Brown takes on the roles of co-writer and co-star playing Sam. Set in New York in 2013, Sam is a bisexual man rampaging his way through a series of messy, drunken one night stands. This changes when he meets Sam and the two form a budding committed relationship. The more time the Ben and Sam spend together, the more they learn about how each of them has been scarred by horrific events that have happened to them in the past. Cicada charts the course of both men finding a way to confront their traumas and support each other through it. It is a deeply personal film based on true events that both men have suffered.

Set against the backdrop of the Penn State child abuse case and also probing into the lasting effects of violence against LGBTQ people Cicada tackles some very difficult subjects but does so with great sensitivity and grace thanks to the fantastic performance of its two leads. Fifer and Brown have a beautiful relationship on screen; understated, affectionate and believably grounded. Montages of the couple mooching around Coney Island and Central Park have a summery headiness to them that is just lovely. The rest of the cast is a little inconsistent, with a couple of the supporting actors turning in shaky performances in my opinion, but there are also some starry figures in smaller parts – you can spot Cobie Smulders playing a (rather eccentric) therapist, Scott Adsit as a well meaning doctor and David Burtka as one of Ben’s clients.

What I loved most about this film was that it didn’t offer any grand dramatic solutions to the characters problems. There are no public breakdowns, violent confrontations of abusers or spectacular arguments. Where Ben and Sam start out all jokes and fun, their love for one another allows them both the security to start to confess things from the their past that they are repressing. I found it to be a very raw and honest film about the realities of recovering from trauma, bearing a very simple message: the only way to own your past traumas and have a hope of recovering from them is to talk about it. The second half of Cicada is essentially nothing but a series of difficult but cathartic conversations between characters – beautifully captured and stunning in its simplicity.

With it’s deft and mature handling of such dark subject matter, Cicada is actually, by the end, a very positive and hopeful film. A hidden gem of the 2020 film festival season, I was also thrilled to watch a film about a healthy, loving, responsible LGBTQ relationship after what has felt like an ocean of queer tragedies over the last few years (not that I don’t love those too – please continue to send me all of the broken heart films!) A very brave bit of filmmaking about love and recovery from an exciting young talent.