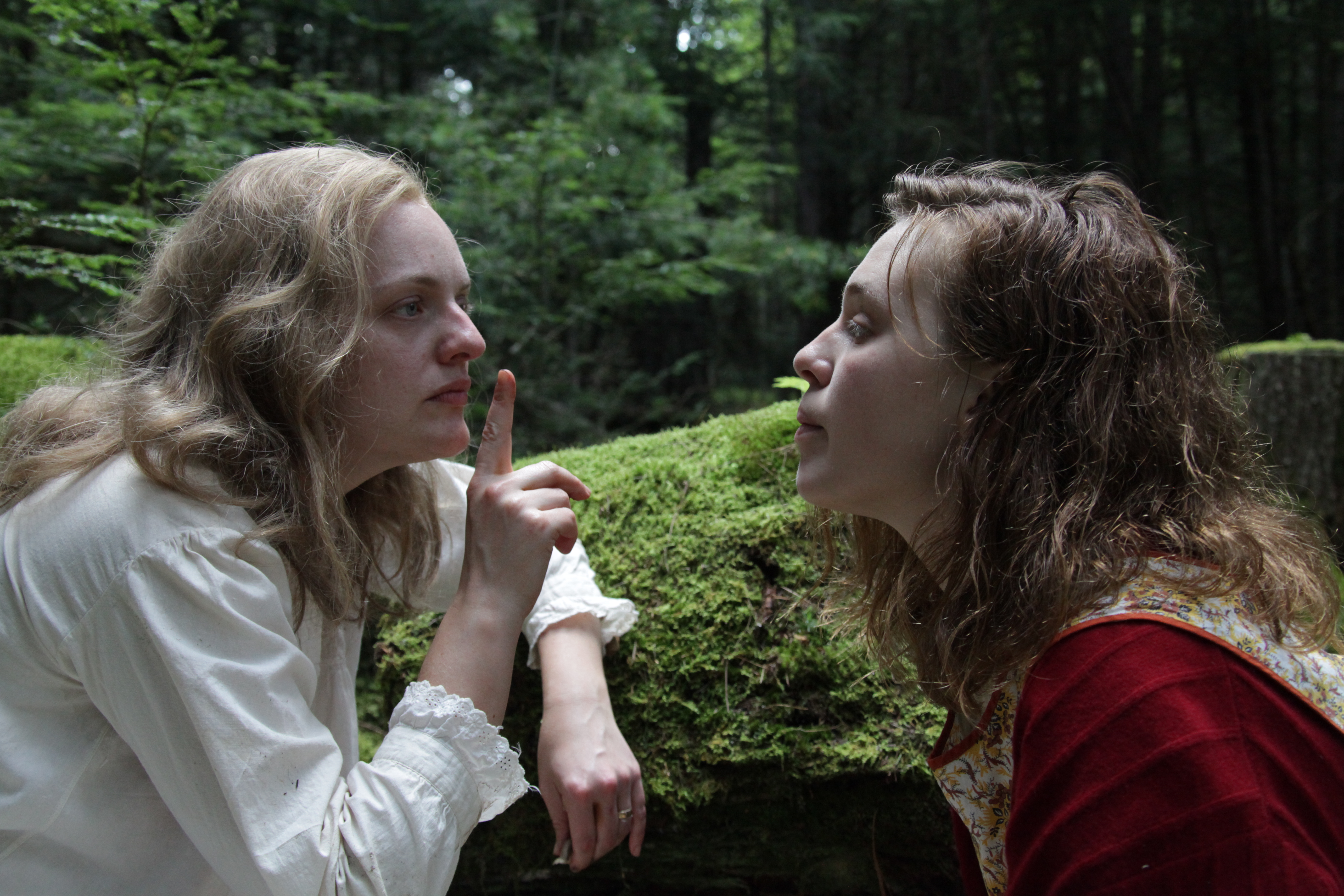 Shirley is a fictionalised biopic of the real celebrated horror writer Shirley Jackson, set in leafy Vermont in the 1950s. The film follows Shirley (Moss), a paranoid recluse, her lascivious university lecturer husband Stanley (Michael Stuhlbarg) and young newlyweds Fred and Rose (Logan Lerman and Odessa Young) who come to live with them for a short while when Fred takes a job as Stanley’s teaching assistant. Shirley and Stanley quickly prove themselves to be masterfully manipulative, forcing Fred to take on all the grunt work and Rose to act as their maid they begin machinations to drive the young couple apart. As Shirley becomes more and more obsessed with Rose her writers block starts to lift and she sees Rose’s face on the figure of her new novel’s young victim.

Let’s be clear: Shirley is not a particularly original idea. It has strong echoes of Who’s Afraid of Virginia Woolf and the story of an innocent young girl becoming bewitched by a reclusive older genius in a country mansion has been a staple of gothic fiction since the very beginning of the genre. Nevertheless, I found Shirley to be a delight, having an entrancing, dreamlike approach to a familiar story.

It’s beautifully filmed. I appreciated the setting being a lush, leafy green as opposed to the dark and moody moor you come to expect from this sort of story. The whole film has a hazy quality to it, scenes becoming an increasingly dizzying blend of reality, dreams, and fantasy. It’s erotically charged and thrillingly female centric. I thought it at its most successful when Shirley starts to get caught up in the idea of seeing Rose in her new book, images of Rose and the fictional missing girl Paula becoming intertwined and their stories bleeding into one another.

Moss and Stuhlbarg are two of the greatest character actors in the business, their casting together a stroke of genius. They’re clearly having the time of their lives hamming up the twisted menace. I was worried in the opening scenes that Moss’ Shirley could verge into caricature, but she settles into the role as the film goes on, turning out a pitch perfect snarky genius. Her final scene is a brilliantly unsettling piece of acting silently driving home a reminder of just how obsessed with her you should be by now.

Up and coming Australian actress Odessa Young also turns in a stellar performance as wide-eyed Rose, injecting a satisfying amount of bite into her charming young newlywed – she’s certainly one to watch.

Stylish and satisfying, Shirley is a very slick entry into the gothic genre, low on horror but rich in psychodrama.

Shirley gets its UK premiere on the 9th of October. It has been out in the US since June