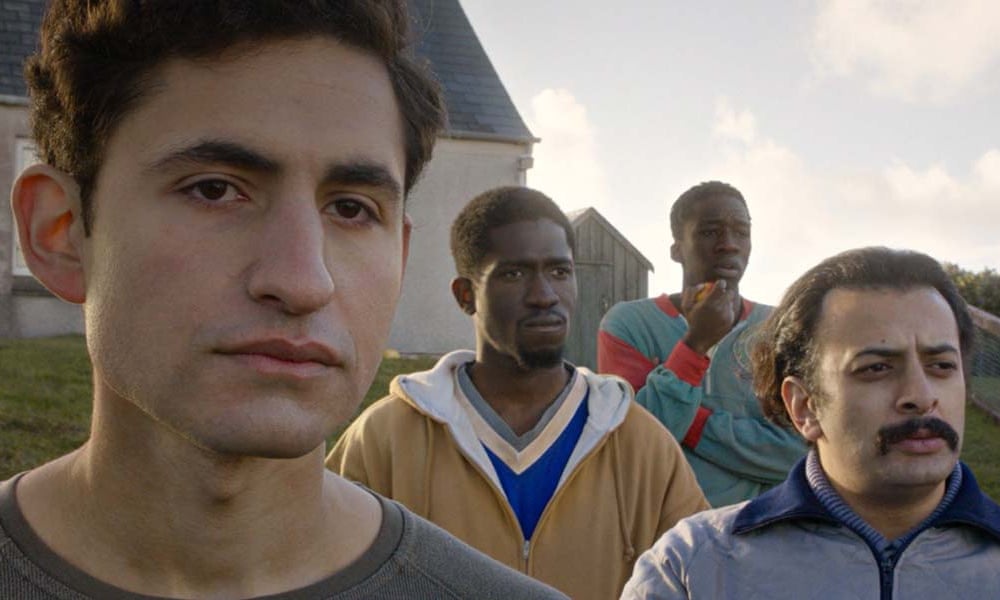 Limbo tells the story of Omar (played by Amir El-Masry), a young Syrian refugee stuck waiting out the result of his asylum application with other refuge seekers on a remote island in the Scottish Outer Hebrides. The second feature film from Screen Academy Scotland graduate Ben Sharrock, it’s a strikingly nuanced look at the absurdities of the British asylum process and the desperate people caught up in it.

At first look, Limbo is utterly charming; quirky, humourous and packed with an intensely loveable supporting cast. Fun is poked at the supremely awkward ”how to integrate in the UK” classes the characters must attend, the ignorant locals living on the island and the lofty pipe dreams of Omar’s fellow refugees. Sharrock’s superbly warm but darkly comic writing imbues all of his characters with such genuine, relatable humanity that it is impossible not to root for them. All of this means that when hard times come – and these are people in crisis, so yes they do come – it hits you like an absolute sucker punch. An exquisite balance of comedy, tragedy and ultimately reality, this is compassionate film making packed full of pathos.

El-Masry is pitch perfect as Omar, often playing the straight man to the other refugees comedians he gives a marvelously subtle performance, slowly letting the audience in bit by bit to the fear and trauma of his experiences fleeing Syria and the worries for his displaced family who are strewn across the world – all of this written so plainly on his face. Vikash Bhai absolutely shines as Farhad, Omar’s Afghan housemate and Freddie Mercury superfan, he is the perfect comic relief and yet so much more. The cinematography is stunning, framing the beautiful but desolate Scottish island in such a way as to drive home the refugees sense of isolation and hopelessness. It’s strikingly filmed winter scenes will stick in the mind for a while.

Honestly, whilst I’ve already given several films at the 2020 London Film Festival 5 star reviews, and they did all deserve them, Limbo really is something very special. Flitting so effortlessly between light, offbeat humour and hopeless tragedy it is masterfully handled; brilliantly written, beautiful to look at, and very well acted. It moved me to both happy and sad tears in it’s relatively short run time and is the sort of film that left me staring blankly at the wall as the credits rolled, trying to digest everything I had felt. An intelligent, emotional and vital piece of film making about an essential human issue – I defy anyone to dislike it.