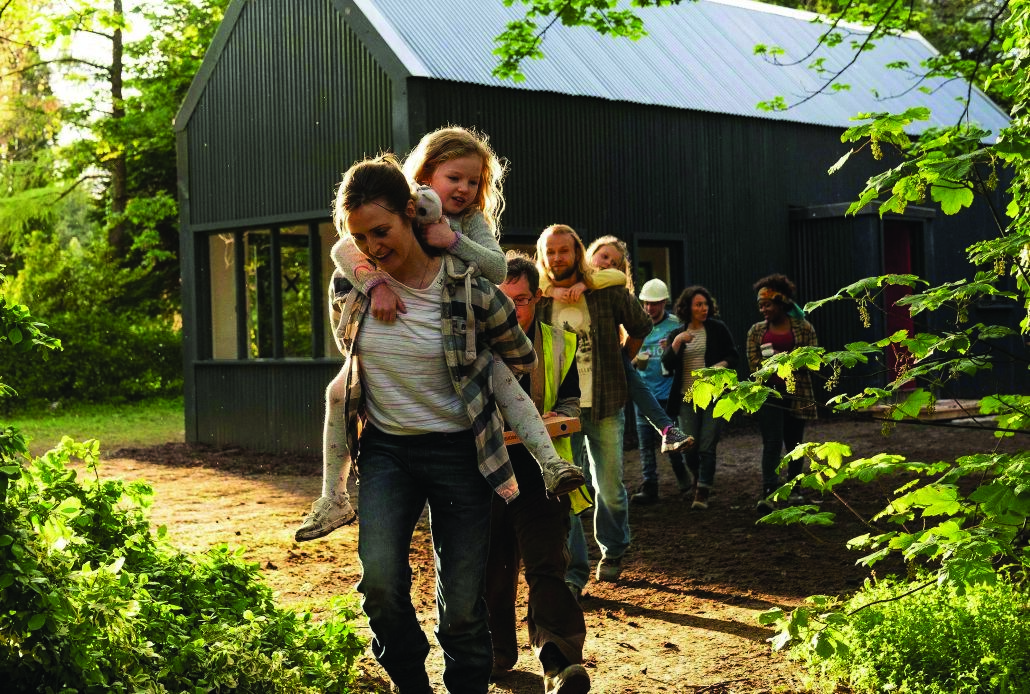 Clare Dunne stars as Sandra, a Dublin mum of two young children who flees a violent husband and finds herself with nowhere to go. Like many she is forced to deal with the stark situation facing vulnerable people dependent on social welfare. Working two jobs, living out of a hotel room and faced with a 2-3 year waiting list for a council house Sandra takes inspiration from a YouTube video on how to build your own house for cheap and decides she’s done waiting for the authorities to help her – she’s going to do it herself.

Armed with nothing but plans from the internet and the desperation to make a safe home for her children, Sandra finds that whilst she may be feel alone and let down by the system there are actually normal everyday people everywhere who are willing to help if she can only just take the risk and ask. The older lady she cleans for, a builder she gets chatting to in a trade warehouse car park, a fellow mum at the school gates, a barmaid and her squatter friends. All these unlikely people come together to offer advice, support and quite literally help build a house with their own two hands. It’s a massive expression of community love and something many of us are missing in these times of lockdown and isolation.

Directed by theatre heavyweight Phyllida Lloyd (who also directed Mamma Mia and The Iron Lady) the film has a sensitive, female gaze to it. The violent abuse Sandra is subjected to is glimpsed only in flashes, the director choosing instead to focus on the emotional effects such violence has had on the woman and her children. The film depicts powerful raw emotion rather than glorying in the drama of a violent fight scene. It also doesn’t linger too long on the notion of Sandra as a downtrodden victim, she’s beaten down yes, but this is ultimately a film about recovering from trauma and we thrill to see her standing up for herself and her children both to her ex-partner and to a judge in court. Herself is anchored by an incredible central performance from Clare Dunne who also co-wrote the film, imbuing her character with the worries and will of the many victims of domestic violence she spoke to whilst researching the story. She is ably supported by masterful Shakespearean actress Harriet Walter as Peggy, Clare’s boss, benefactor and maternal figure and Game of Thrones Conleth Hill as Aido, the kindhearted builder enlisted to help.

Things don’t always run smoothly. The toxic abusive behaviour of Sandra’s ex-husband casts a looming figure over her life and puts a halt to her plans more than once, but despite or perhaps because of this struggle it is ultimately an incredibly wholesome film that will have you feeling uplifted by the end. A heartrending piece about finding yourself, your people and your place in the world, I found myself moved to tears more than once.