Hollywood Heavyweights Still To Come on Netflix in 2020! 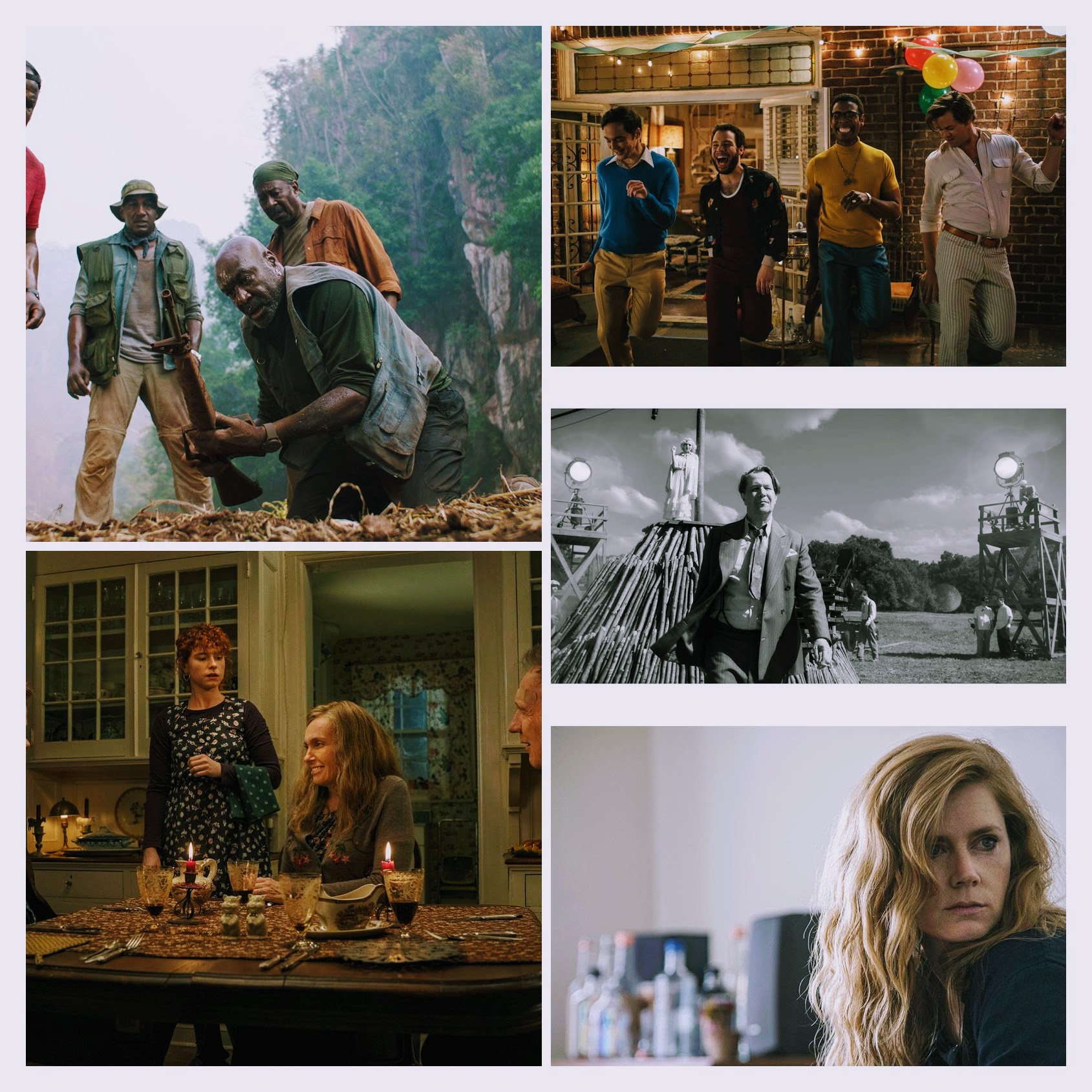 Hollywood Heavyweights still to come in 2020

Forget about schlocky rom-coms and forgettable action flicks, for 2020  Netflix has spent serious money to acquire films by some of the biggest names in the business. Here are 10 movies by award season darlings that are streaming now or coming very soon.

A new joint from Spike Lee, the cult favourite director behind Do The Right Thing, She’s Gotta Have It, Malcolm X and last year’s Oscar winning BlacKkKlansman. His latest feature Da 5 Bloods tells the tale of four African American war veterans who return to Vietnam to find the remains of their fallen squad leader and a secret treasure he helped them hide 50 years earlier. Part war drama, part heist with that typical Spike humour it’s an oft overlooked perspective on one of America’s darker periods in history.

If you want cerebral, surrealist filmmaking that leaves you simultaneously confused and depressed then writer/director Charlie Kaufman is your guy. His hugely successful previous works include Being John Malkovich, Adaptation and Eternal Sunshine of the Spotless Mind. His latest feature is an adaptation of a 2016 psychological thriller in which a young woman takes a road trip to the country to meet her new boyfriends parents. After a snowstorm leaves them stranded there she starts to suspect there’s something not quite right about this family…

The Boys in the Band – 30th September

The Boys in the Band became a cult broadway play when it was originally produced in 1968 for it’s early mainstream portrayal of gay life. It had a smash hit, Tony award winning revival in 2018 with an all star cast of Jim Parsons, Zachary Quinto, Matt Bomer and Andrew Rannells. The cast all reprise their roles for the movie adaption created by tv hitmaker Ryan Murphy. The film tells the story of a group of friends celebrating a birthday party which is thrown into turmoil when an uninvited guest shows up and dredges up secrets from their youth.

A new feature from the master of thrillers David Fincher is something to be very excited about indeed, especially when it stars the impossibly talented chameleon Gary Oldman in the lead role. Following on from Seven, Fight Club and The Social Network, Fincher this time turns his hand to a drama set in the golden age of Hollywood. A film within a film, it tells the story behind the production of Citizen Kane and the on set disputes between director Orson Welles and his screenwriter Herman J. Manciewicz.

The Trial of the Chicago 7 – 16th October

Celebrated script writer Aaron Sorkin directs his second film with this legal drama. The quick witted mind behind A Few Good Men, The Social Network, Moneyball and of course The West Wing wrote and developed this film after being brought the story by Steven Spielberg. It follows the trial of the Chicago Seven, a group of anti Vietnam war protestors who were dragged through a high profile trial when the federal government accused them of conspiring to start riots. Sorkin apparently pushed for this film to released before the November US elections, feeling it was particularly relevant to the protest scenes taking place there now.

There are few bigger names when it comes to Hollywood blockbusters than director Ron Howard. In his 40 years in the business he’s created all time favourites including Apollo 13, A Beautiful Mind and The Da Vinci code and earned a whopping 39 Oscar nominations. His latest feature Hillbilly Elegy charts the lives of three generations of a single family in a redneck town and their struggles with poverty, personal and social issues. Leading ladies Amy Adams and Glenn Close have 11 acting Oscar nominations just between the two of them, so Netflix will be hoping to finally strike it big with this misery-fest come awards season.

Joe and Anthony Russo direct their first film after the behemoth Avengers double feature of Infinity War and Endgame and reunite with their Spiderman, casting Tom Holland in the leading role. Cherry is a gritty crime drama and looks to be a far reach from the family friendly Marvel productions. Holland plays a US army medic suffering from PTSD. After developing a serious drug addiction he starts robbing banks to fund his habit.

Hitmaker Ryan Murphy (the brain behind Glee, American Horror story and The Politician) signed a landmark 300 million dollar deal with Netflix in 2018 and The Prom will be the first film he directs for them. An adaption of a hit broadway musical it focuses on a teenage lesbian who makes the news when her backwards school cancels their prom because she intends to bring her girlfriend. On hearing her story a host of musical theatre actors descend on the town intent on helping her and opening people’s minds. With Meryl Streep and Nicole Kidman starring it’s set to be a joyous affair.

An adaption of a play by two time pulitzer prize winner August Wilson. Wilson also penned 2016’s Fences, the hugely celebrated drama that earned Viola Davis an Oscar. Ma Rainey’s Black Bottom stars Davis again as the titular character Ma Rainey, a fiery and headstrong 1920’s jazz musician who comes to blows with her white manager over control of her music. It co-stars Chadwick Boseman in his last completed role as an ambitious young trumpet player in her band. Trauma and tears look likely.

With the covid related change in Academy rules, films released exclusively on streaming services are all eligible for the Oscars this year. What do you think, are Netflix looking at winners?

509000cookie-checkHollywood Heavyweights Still To Come on Netflix in 2020!yes
likeheartlaughterwowsadangry
0