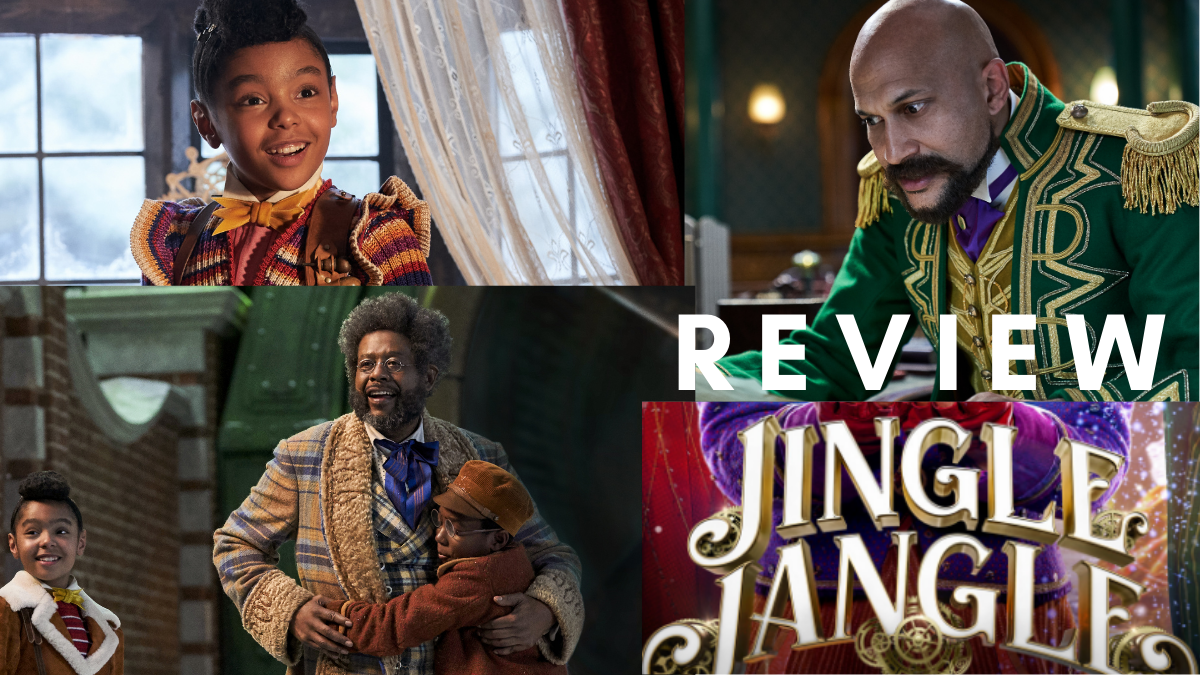 Jingle Jangle brings all the love and joy of the season together into a bright, colourful, and fun original story. There’s fantasy, magic, songs, and dancing. Beautiful scenes, touching moments and snowball fights. They just needed a bit more ‘Christmas’

Jingle Jangle stars Forest Whitaker as Jeronicus Jangle, an idealistic genius toymaker on the verge of creating his greatest toy when he is betrayed. He’s faith in humanity is crushed as is his belief in magic. With belief gone, the loss of love wasn’t far behind. He becomes a shadow of his formal self, a hermit shut away from the world, determined to never engage in the activities which brought him so much joy in the past. Living in this self imposed exile meant he was hidden from the magic and genius which made him special. When you stop believing in magic, magic vanishes from your life.

New comer Madeline Mills plays his grand daughter, Journey Jangle sent to bring the magic and light back to his life and she really does bring the magic. She lights up the screen and melts hearts with charm, smarts and a  smile which warms a room. She brings an energy and a level of fun which you can’t help but enjoy. She handles emotional scenes with a level of maturity reserved for those more experienced and almost like a light switch is able to flip back to childlike innocence.

No story would be complete without a diabolical villain and Keegan-Michael Key is more than up to the task. Coming from a comedic background means even his most evil plans are never taking seriously enough to be scary. His story arc is followed closely throughout the film and shows just one bad choice in life can set you on the wrong path. This is as much his story as it is Jeronicus and Journeys.

The film is written and directed by David Talbert and he delivers a fresh original story to the screen with energetic performances and songs. Oscar winner Forest Whitaker performing a dance number with children is enough to justify watching this movie itself. Credit should always be given for bringing new ideas to the screen but when creating new, it’s important not to ignore what has come before. There are just somethings people consider staples in seasonal films like these. There were no presents given, no Christmas meal or carols. In a Christmas musical, it would have been fantastic to have a variation or remix of some of the traditional carols.

Jingle Jangle combines an endearing story with a great cast including Phylicia Rashad, Anika Noni Rose and Lisa Devina Phillip and the voice of Ricky Martin. Everything here works very well and like most films, there appear to be plenty of opportunities for spin offs and sequels.

Unfortunately, I just couldn’t shake the feeling afterwards that something was missing from this ensemble: a little bit more Christmas

Jingle Jangle is out now on Netflix