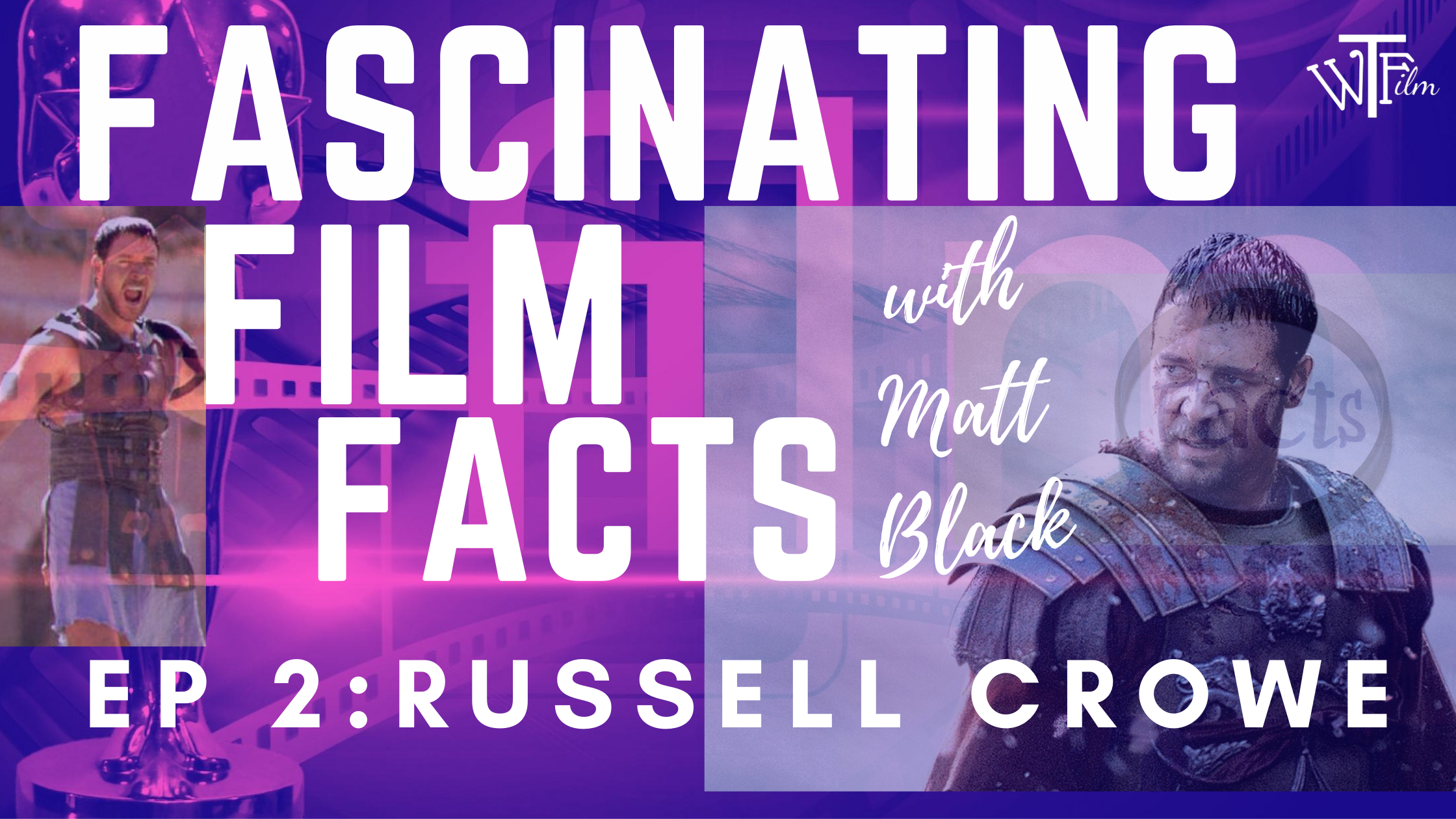 Cinemas in the UK officially open today. The first big brand-new release is Unhinged starring Russell Crowe. In celebration of the release and the reopening of cinemas, we attended Cineworld at the 02 to see what things look like now with Covid considerations.

There are cleaning and sanitations galore. All staff and management on the floor were wearing masks. As it stands today, there was no signs requested movie goers wear masks but some of us were. Within the screen there was social distancing where only groups that came with each other were allowed to sit together with suitable gaps in-between. The video will show you what it looked like. Otherwise enjoy the facts about Russell Crowe below

1. Russell Ira Crowe was born in Wellington, New Zealand and moved to Australia as a young boy. He was born into the film industry in a way as both of his parents were caterers on film sets and his maternal grandfather was a cinematographer who was awarded an MBE for filming footage of World War 2;

2. Russell Crowe is a big sports fan, enjoying playing and watching both cricket and rugby. He is the cousin of former New Zealand cricketers Jeff Crowe and Martin Crowe and actually part-owns the South Sydney Rabbitoh’s rugby team in Australia. He is a fan of the English Football team Leeds United and narrated their Amazon Prime Documentary;

3. He has been nominated for a Best Actor Oscar on three occasions, winning once for his portrayal of General Maximus Decimus Meridius in Gladiator;

4. He owns a 560 acre farm in Australia. The farm was ravaged by the wildfires which devastated parts of Australia at the beginning of the year with Crowe choosing not to attend the Golden Globes ceremony to stay home and continue to help fighting the fires;

5. Russell Crowe is a keen musician performing under the stage name ‘Russ Le Roq’ when he recorded his first song in the 80s. In the 90s to mid-noughties Russell Crowe was in a band called 30 Odd Foot of Grunts. He performed lead vocals and guitar for the band. His most recent musical project saw Russell as part of the musical collective ‘Indoor Garden Party’ blending pop, soul, rock and folk music;

6. He has two sons, both from his marriage with ex-wife Australian Singer Danielle Spencer whom he met when they co-starred in the 1990 film ‘The Crossing. The two divorced in 2018;

7. Russell Crowe was a heavy smoker, admitting to David Letterman that he “smoked 60 cigarettes a day for 36 years”. He quit smoking in 2010 for the sake of his 2 sons but was seen smoking afterwards;

8. In 2005 he was arrested and charged with second degree assault after throwing a telephone at a concierge at a hotel. Crowe was conditionally discharged and before that settled a lawsuit by the concierge for a reported six figure sum. Other high profile incidents include Crowe being spoken to by police after an alleged altercation with a New Zealand businessman in a London restaurant, an altercation with the producer of the BAFTA awards after his acceptance speech was cut short and an altercation with rapper Azealia Banks

9. Russell Crowe was Director Bryan Singer’s first choice for the iconic role of Wolverine in his X-Men films but he turned it down as he felt the role was too similar to his role as Maximus in Gladiator and did not want to be typecast. The role eventually went to Hugh Jackman who used it as a launchpad for his own Hollywood superstar career;

10. In a 2005 edition of GQ Magazine Crowe revealed that FBI agents approached him ahead of the 2001 Academy Awards and told him that a terrorist group had planned to kidnap him as part of a cultural destabilisation plan to remove iconographic actors.