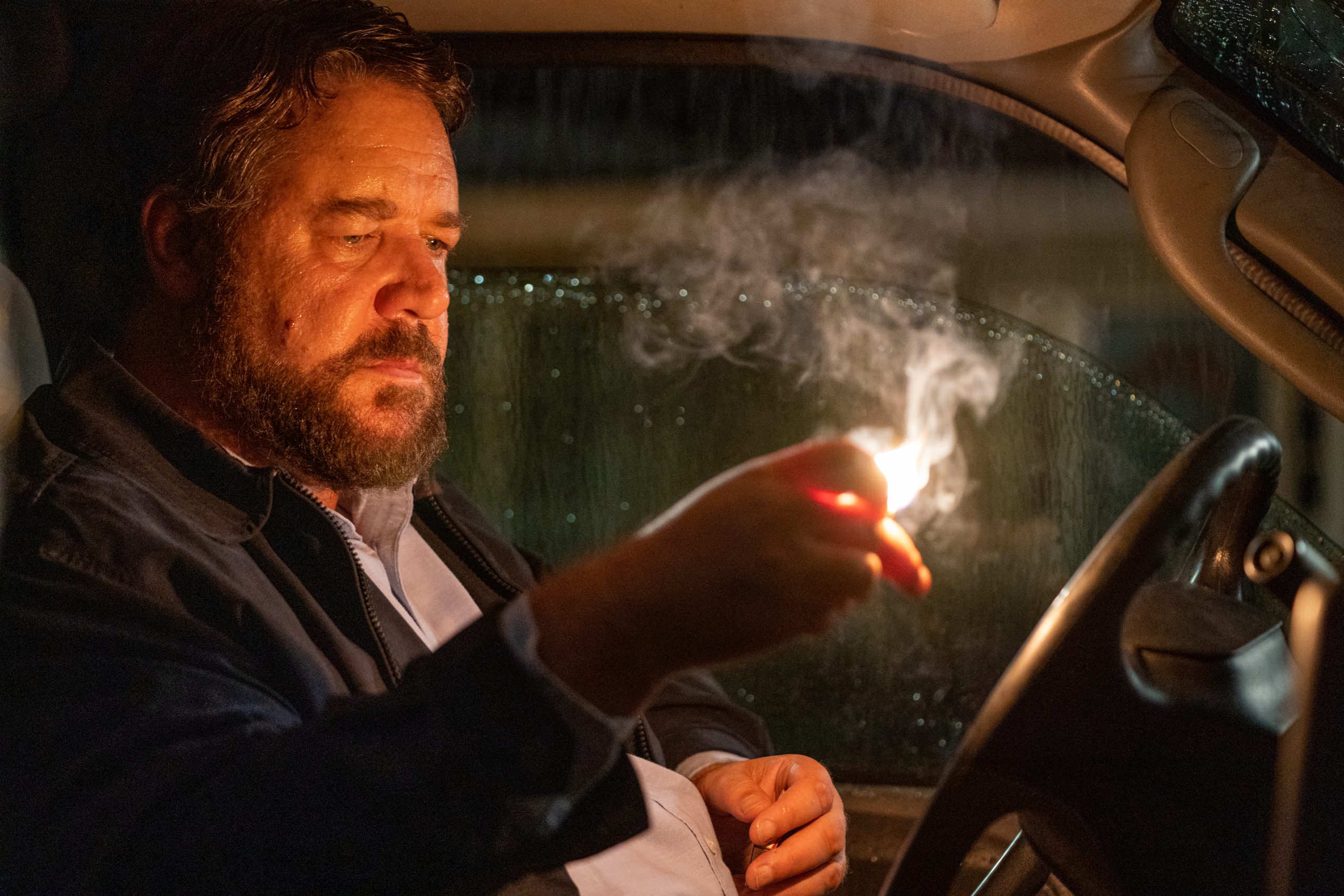 Does Russell Crowe’s Unhinged really show us what a bad day is?

Unhinged stars Russell Crowe and sees movies officially make a welcome return to the big screen. This film lays its grand ambitions bare from the onset with almost 5 mins worth of footage during its opening credits portraying what it perceives to be societies main plagues-a lack of civility between people and the ease with which violence breaks out amongst us over the simplest things, in this case road rage. It also touches other issues like lack of government funding and police cuts as a of means of setting the scene for the events which are about to unfold. We are to believe that the government and law enforcement are unable to cope with the volume of events and this mirrors society now.

And that 5 min intro is about as far as the film goes in its attempts to explore those themes. Russell Crowes character has gone through a major trauma and is experiencing a mental break at the start of the film which is proven by the opening scene of extreme violence. When I first saw the trailers for the movie, I presumed this would be like falling down starring Michael Douglas, which showed a man spiralling out of control while offering reasons behind it. This film made no such attempts at a character study. Russell Crowe has just lost it and that is supposed to be enough justification for his spiral. We are offered 30 seconds in a news report where it talks about his recent job loss and divorce proceedings but that’s about it.

He becomes a bogey man, like the Terminator simply pursing ‘Sarah Conner’ but with no real aim. He has no real goal here but to supposedly teach her a lesson in civility. How that is done by randomly killing her friends and family is far beyond me. It turns into over an hour of a pointless cat and mouse game with splatters of senseless violence thrown in for good (bad) measure. When Crowes character goes through the phone book and asks ‘who should I kill next’, you realise this film never had any intention of bothering with a true point or purpose. Despite their obvious evil intent, we care more about Villains like Freddy Krueger, Jason and even Thanos more because we understand their motivation even though we disagree

As stated, Russell Crowe’s character has little point in this film. He remains a talented actor and his performance as a man who has lost it is competent but we are never given enough to believe why he would go to these extreme extents. Lead actor Caren Pistorius is convincing as a single parent going through a divorce, struggling with her new circumstances. She does not have her life together and is not coping well. These factors made her more relatable, if not necessarily likeable. The relentlessness with with which Russell Crowe pursues her following a simple uncivil exchange in traffic takes this film beyond sense and into the realm of the ridiculous.

Forget Unhinged, this is simply Unrealistic. Russell has just plain lost it, no rhyme reason or justifiable cause.

This is not a good movie. The more than capable cast are let down by an interesting concept turned into a poor story with even lazier execution. It never gets anywhere near the ambition of its introduction. The fact it is not a good film does not mean it did not entertain. There was not a time when i wasn’t engaged with the spectacle on screen. It moved along at a good pace, performances were adequate and it has enough high-speed chases and Final destination type ‘shock’ moments to make sure you keep your eyes on the screen. If you are looking for a great movie that entertains while providing food for thought and discussion then this is not the movie for you. I enjoyed my popcorn and loved the experience of being back in front of the big screen, that’s about it. If you are looking for that special film then keep your fingers crossed that we do not go back into lock down as this August should see the release of Disney’s Mulan, Christopher Nolan’s Tenet and even the long delayed New Mutants. All of which I believe are guaranteed to provide you much better entertainment

If you want to experience the movie for yourself, book tickets here