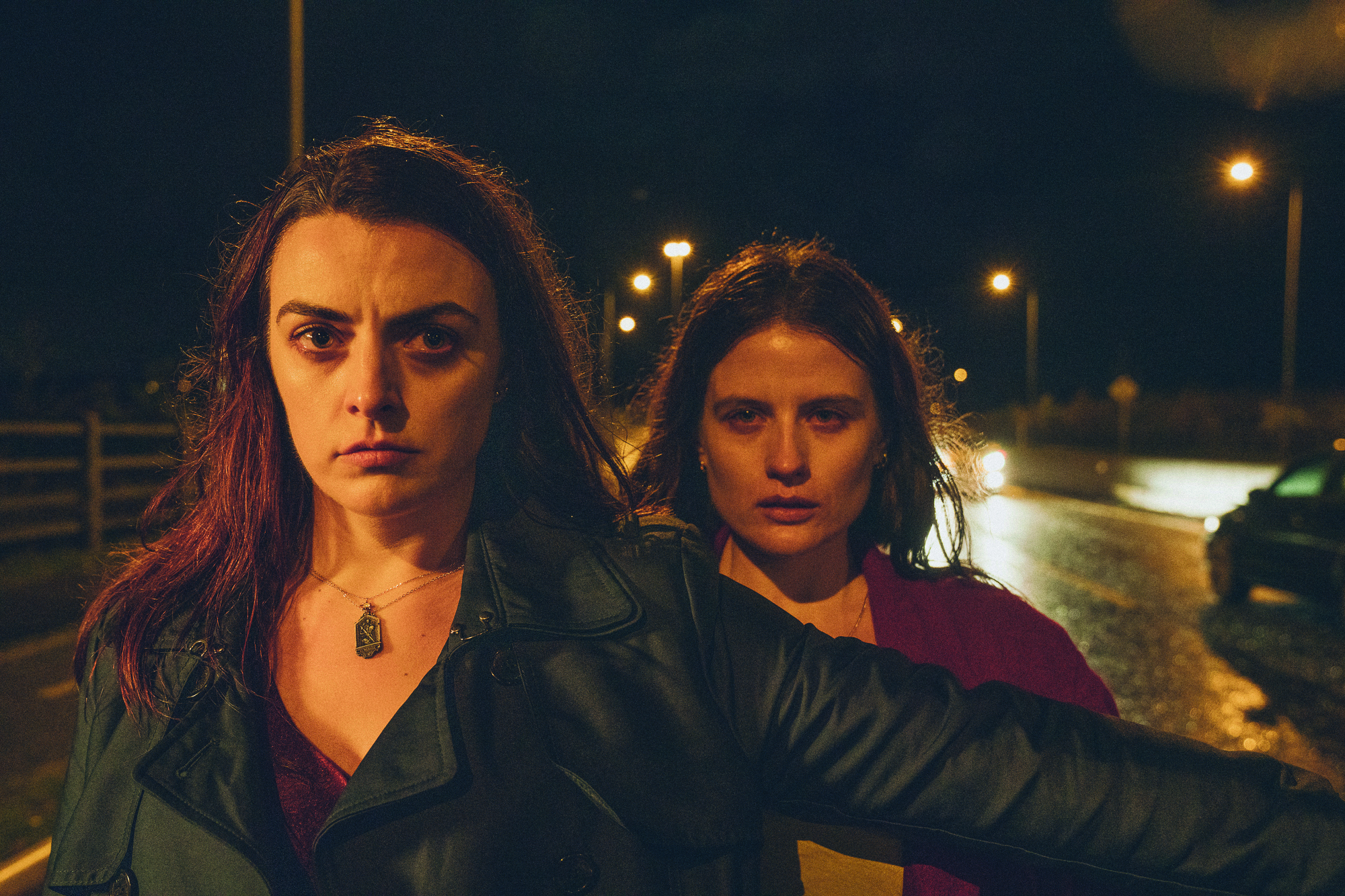 Set in the present day in an Irish border town Wildfire explores the bond between two sisters. Kelly (Nika McGuigan) has been missing for a year when she turns up out of the blue on her sister Lauren’s (Nora-Jane Noone) doorstep in the middle of the night. Kelly is clearly suffering from some mental health issues; acting somewhat manically and having a recurring hallucination of a wolf, she will not tell her sister where she has been. Through the course of the film we discover that the girls late mother had also suffered from mental health issues and and had been the source of town gossip. Old wounds are reopened and and both women’s lives start to spiral out of control as they question what they really knew about their mother and what they fear about themselves.

Wildfire’s family drama is set against the backdrop of the fractious history and possible future of Northern Ireland. The sister’s town and family both bear the scars of a bombing carried out during The Troubles in the 1990s. Frequent news reports, paper headlines, murals and graffiti also more than hint at the simmering fear of a return to violence as Irish people question the security of their border following Brexit. Brady (who wrote as well as directed the film) handles this masterfully – this is not a film specifically about the conflict in Northern Ireland – but rather on how the trauma of such recent events continues to have a powerful effect on communities now, a generation removed.

McGuigan and Noone both give astonishingly good performances, McGuigan blowing into town with all the erratic energy of a storm she quickly starts to unlock the sort of deep sisterly bond with her co-star that is rarely portrayed in such an authentic way. A manic dance scene between the two is a particular highlight, releasing a previously unhinted at madness within Noone who becomes a wonderfully snarling, protective force of nature herself. The two actresses portray a wonderfully twisted descent into shared madness in a punchy scene that is a clear homage to the unbelievable true story of the Eriksson sisters. McGuigan’s performance is made all the more poignant with the knowledge that she passed away from cancer during post-production of this film, making it her last screen appearance. A sad loss of a clearly incredibly talented actor.

I found Wildfire a powerfully affecting piece of cinema and a very impressive debut feature. Sharply scripted, terrifically acted and beautifully filmed with some stunning aerial shots of the Irish coast – this is a very human story that isn’t afraid to acknowledge some crushing socio-political forces and their impact on families.

Wildfire has it’s UK premiere at the BFI London Film Festival on 10th October 2020 and has yet to announce a general release date. It’s director Cathy Brady has been nominated for the IWC Schaffhausen Filmmaker Bursary Award, an award of £50,000 given to a British writer, director, or writer-director whose first or second fiction feature film premieres at the BFI London Film Festival.