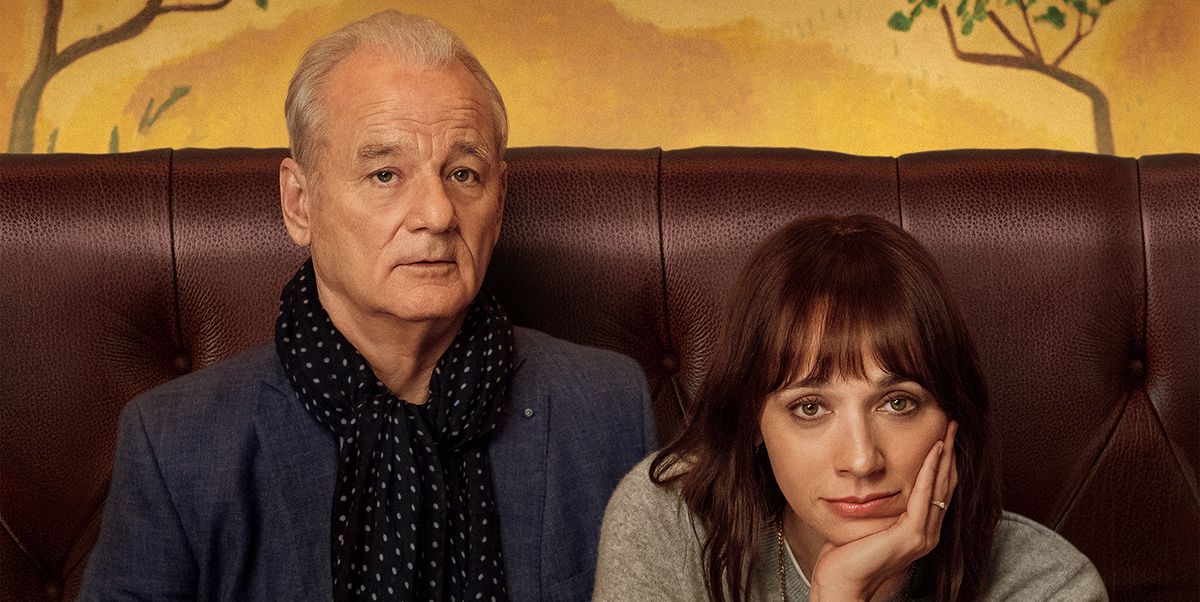 Laura (Jones) a New York mother of two in her late 30’s becomes convinced that her workaholic husband is having an affair with his assistant. When she tells her eccentric playboy father (Murray) he insists they get to the bottom of it, and the two set out on a private detective style mission, stalking the husband (Marlon Wayans) around the city. On The Rocks reunites Murray with writer/director Sofia Coppola for their second feature film together after 2003’s Lost In Translation for which they were both Oscar nominated. This is an A24 production that has been picked up by Apple TV, meaning it’ll be going straight to streaming after a very limited cinema release.

So right off the bat, for whatever reason I’ve never really been a fan of Lost In Translation so I didn’t approach this film with a great deal of anticipation, but was actually really pleasantly surprised. I’m very fond of Rashida Jones’ comedy performances and she anchors On The Rocks with a lovely sense of wry frustration at the reality of married life. Where I and many for the most part may have become frustrated with endless films about hyper privileged New Yorkers, of which her character Laura is one, she has enough likeability to carry the story and her lifestyle off. Whilst Jones is the lead character, it really feels however that On The Rocks is nothing but a vehicle for Bill Murray to be exceedingly charming.

Murray’s Felix is an art dealer who spends his time philandering around the world, driving outlandish cars, wearing colourful linen suits and trying it on with beautiful women. Whilst grumpy Bill Murray is a great thing to have in a film, happy Bill Murray seems to be infinitely rarer and a lot more fun. In a character that seems influenced by the many tales of his own offbeat antics, Felix is often spouting quirky facts, amusing anecdotes and even bursting into song on occasion. He in a social butterfly that seems to entrance and manipulate literally everyone he comes into contact with. Where this might run the risk of making his character smug and off putting it is all underscored by a genuinely wholesome father/daughter (and father/granddaughter) relationship as he tries to remind Laura of her own worth and get her to embrace more fun and spontaneity in life.

On The Rocks is beautifully shot and features lovable characters acted with ease. It’s a fairly flimsy story, not making any great introspection of relationships and lacking in high drama, it is unlikely to make waves. But it is a genuinely fun, light hearted 96 minutes with several laugh out loud scenes that make it worth your time. A decent bit of entertainment.

On The Rocks is in cinemas now and starts streaming as part of Apple TV from 23rd October 2020. You can watch the trailer for it here on Youtube