Antebellum Review – What would you do if you suddenly found yourself trapped by historical hate? 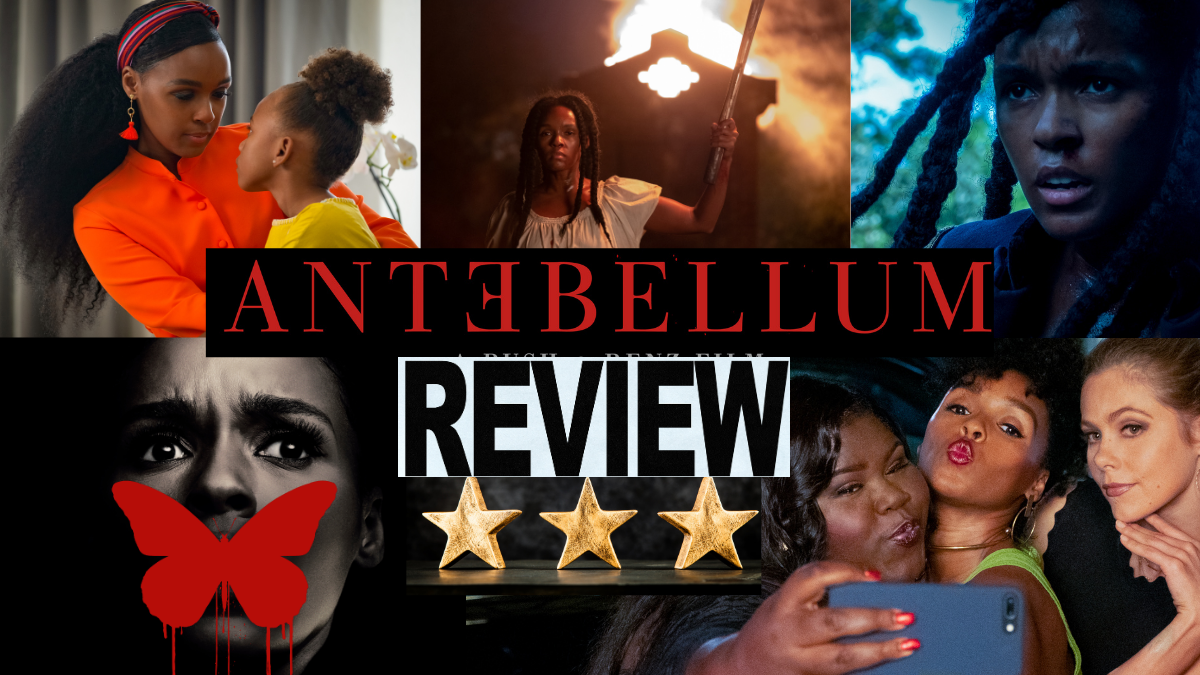 Antebellum Review – What would you do if you suddenly found yourself trapped by historical hate?

Antebellum is a bold, brutal and provocative trip down a rabbit hole of racial hatred

Firstly, a warning. If you find portrayals of racism and dehumanisation of black people uncomfortable or too upsetting to watch then this might not be the right film for you, or at least you may need to skip the first half hour.

Antebellum means a time before or what existed before a war.  It is mostly used in relation the American civil war, where the United States were at war with the thirteen break away ‘Confederate States of America’ who were unwilling to accept not only the loss of their slave labour but the legal rights being proposed for black people by the Union. It is within this setting we find ourselves for this film

Antebellum stars award winning R&B songstress Janelle Monae’s as a modern writer and outspoken activist for both women and civil rights. She’s also a committed wife and mother trying to balance home and work life with the close girlfriends she parties with on the weekends. By all appearances she has quite a regular life.

Good times with her family and friends

This is all thrown into turmoil when she mysteriously finds herself in the prelude to the 19th century Civil War where she and other black people are being worked, beaten, and routinely raped as cotton pickers in the fields.

The contrast between the modern and historical environments might leave you feeling you are watching two different films. This is done intentionally to leave you off balance and in much the same way as the lead character, you are unsure how this has happened. You begin to question whether she is dreaming, if its somehow magical or even the result of time travel!

Doing my utmost to avoid spoilers, I can say Janelle Monae’s character proves she can adapt, survive, and plot even in the worst environments. She does most of the heavy lifting in the film and her commitment to the dual roles of strong activist and submissive slave are top notch. Having already appeared in award winning films like moonlight and Hidden figures, this could have been a tough debut for Janelle to make as a lead character, but she handled it admirably, showing her future lies both in the recording booth and on screen.

The film is written and directed by Gerard Bush, Christopher Renz who are part of the team that brought to us Get Out’ and ‘Us’ and that weird other worldly feel also finds its way in here. But while those leaned more towards the horror genre, there are no real scares bere. They share some similar themes around the perceptions of Black people, especially those who are intelligent or educated ‘above their station’ and the ideas racists have around silencing them. There is an attempt to explain why in modern society, even highly intelligent Black people are still seen as somehow less that their peers. The film tries to draw the link back to where those ideas originate historically.

Antebellum is a provocative, modern thriller that plays around with some new ideas. It opens psychological doors to present a horrific snapshot of racial atrocities committed but no real attempt is made to discuss them in the film. You may be left wondering whether the film was trying to say any more than slavery was bad which you might consider to be an already universally accepted truth amongst civilised people. If nothing else, it provided me with some historical insight into the American Civil war and as a thriller it provided an enjoyable yet uncomfortable tense experience

636800cookie-checkAntebellum Review – What would you do if you suddenly found yourself trapped by historical hate?yes
likeheartlaughterwowsadangry
0