Batgirl-Could Yara Shahidi be our next Phenomenal hero? 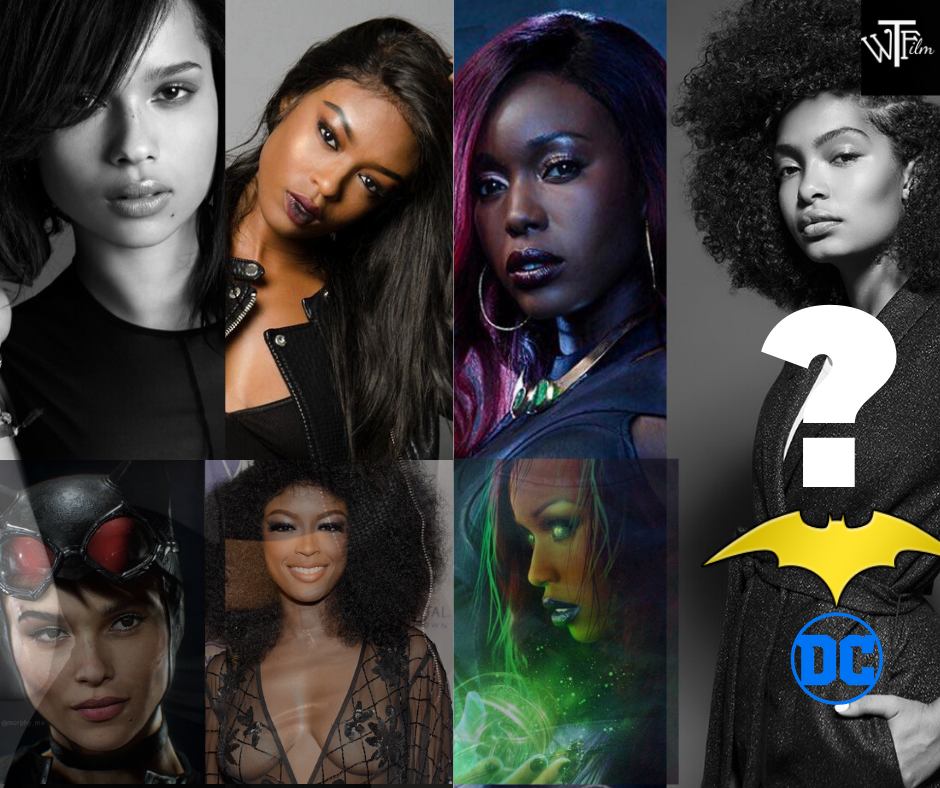 Who will Answer the Bat Call?

When it comes to strong on screen representation, the ladies of DC are leading the way. Is Yara Shahidi about to get the ‘Batgirl Call’ from Matt Reeves?

DC’s recent casting choices have been nothing short of inspirational. Despite the initial backlash they received over casting Anna Diop as Star fire in Titans, DC stuck to their guns and once the show aired, all but the harshest of Trolls were silenced. Its unanimously agreed that she is awesome in the role of Star Fire, bringing a real humanity, power and vulnerability to an alien being

Zoe Kravitz had it all growing up, famous mother, rock star father and Superhero stepfather. But that hasn’t stopped her from working hard to make a name for herself. She has proved her acting abilities in smaller indie projects and has recently received more mainstream success and recognition from the award-winning TV drama Big Little lies. But all this will pale in comparison to the attention she will receive from playing Catwoman in Matt Reeves the Batman trilogy.

She is not the first actor of colour to play Catwoman, those accolades go to Eartha Kitt (1960s batman TV show) and Halle Berry (Catwoman movie-hmm). Zoe will be joining the ranks of other well-respected actors who have taken the role and made it their own like Michelle Pfeiffer (Burton Batman) and Anne Hathaway (Nolan Batman). The opportunity to Play the legendary anti-hero across the Reeves Batman trilogy is one that will change her career forever

When Ruby Rose suddenly stepped away from the role of Batwoman on the CW arrow verse spin off, there was much speculation as to how they would carry on and who they could get to replace her and how they would complete existing storylines etc. The show has not been as well received as other shows in the shared arrow verse, so DC very quickly decided on a reboot of sorts with a new character taking on the mantle.

Unknown actor Javicia Leslie was cast within 2 weeks of Ruby stepping down which leads me to believe Warner had been thinking about this long before any announcements. They have gone as far as creating a brand new original character called Ryan Wilder for Javicia Leslie to play which not only shows their confidence, but also means everyone has a lot more freedom to be creative on the show.

Apart from the loose season 1 storylines, there are no expectations on what the character should be like as she is still being written. While Ruby Rose’s Batwoman was a lesbian which is true to the comic source material, its believed Javicia’s Batwoman on the other hand will be Bisexual, which on paper may mean twice the potential ‘entanglements’! The excitement of the unknown for the audience combined with the ability to make a character completely your own means Javicia is in a fabulous position to make her mark on the small screen when Batwoman season 2 returns.

And that brings us to Batgirl. She has been a part of the fictional Bat family since 1961, first as Betty Jane then as Barbara Gordon, the daughter of long time Batman Ally Commisioner Gordon. She was featured in the origin Batman TV show in the 60s and once on the big screen in Batman and Robin played by Alicia Silverton. It’s fair to say for a character so important to the BatVerse, it’s amazing she hasn’t really had as prominent a feature on screen as other characters like Catwoman. There was the cancelled Batgirl project by Josh Whedon but that got as far as he’s original Wonder Woman script. This maybe the perfect time to bring her in Batmans second most famous sidekick

DC have decided to finally ignore the Marvel template and do their own thing. The DC multiverse is expanding with rumours of multiple batmen from different eras and other characters being included. With TV shows crossing over with movie versions of themselves. At the moment anything goes which is why it makes perfect sense right now for Yara Shahidi to get the call. Commissioner Gordon will be played by Jeffrey Wright in the Matt Reeves trilogy. Batgirl is commissioner Gordon’s daughter so casting wise she will fit right in to that interpretation.

Yara is a young, highly Intelligent, and dynamic actor with knowledge and depth beyond her 20yrs. She is of Black and Iranian heritage, an avid human rights campaigner but also showed she can be quirky and funny on shows like the award-winning comedy Black-ish. She has already shown her interest in the Superhero genre by being the narrator for Stan Lees last book-Alliances, A Trick of light and is widely considered one of the brightest rising stars in Hollywood.

She could start the trilogy by supporting Rob Pattinson’s Batman as an arse kicking smart mouthed little sister type side kick and end the trilogy as Oracle, almost fatally wounded by the joker and now in the wheelchair supplying genius level tech support. Yara may not be the only contender for the Batgirl film title but she is one of the strongest. For now, we wait to see if Warner can continue their run of brilliant casting