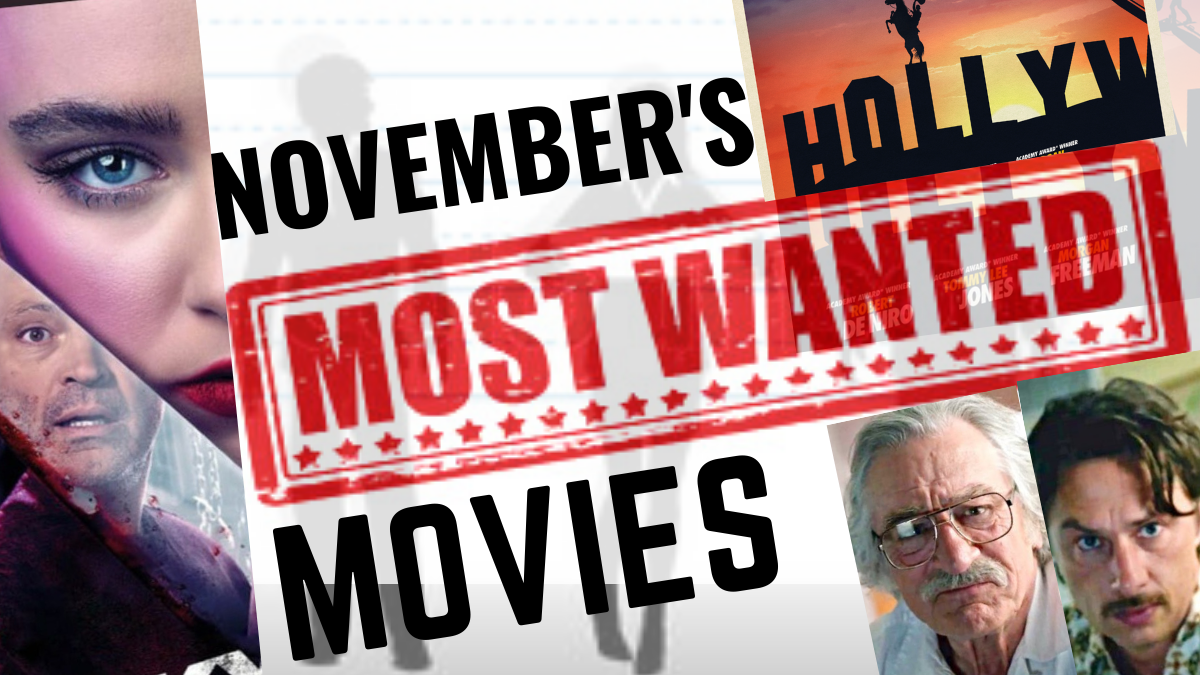 ******CORRECTION: Apologies, I refer to Vince Vaughn as ‘Matthew Vaughn’ more than once in the video, I was reading about a new potential release dates for Matthew Vaughn’s The Kingsman at the time of filming! Sorry! *********

Good Day good day good people, it’s your boy Mysteree with the latest episode of Most Wanted, the films I can’t wait to see, coming this November. Now October was the BFI London film festival takeover and there was an enviable flood of great films, some of which still haven’t had a general release yet. So, if you want to know more, be sure to check out our excellent coverage of the festival on our dedicated website LFF page.

November might not look as full in comparison, but it still has some great films to watch out for, coming to cinemas still open and streaming services.

First up, coming Friday 13th is Freaky starring Vince Vaughn and Kathryn Newton. Now Freaky comes from Jason Blum and his Blumhouse productions, who have over the last few years decided to take the horror mantle and run with it. They are reaching all corners of the genre from the more comical to the psychological like the excellent invisible man with Elizabeth Moss and now they are firmly staking their claim on the teen slasher movies.

Their last teen efforts were with Happy Death day and its sequel happy death day to you which I was introduced to by Toya and I really enjoyed. The director of both films Cristopher Landon has is also Directing this movie which means he has experience handling the teen scare genre.

Most of the Blumhouse productions take established ideas and attempt to inject new life into them with a twist and Freaky is no different. Traditionally funny man Vince Vaughn stars as the town serial killer, Kathryn Newton as his next victim.

While carrying out his mission, they are body swapped, leaving Vince now playing the part of a teenage girl and Kathryn the serial killer, trying to swap the bodies back and get back to killing. As you can imagine that’s where the murderous and comical high jinks really get going. If you like your slasher movies with a much lighter tone with the laughs and killings sharing centre stage, then this is one for you, November, Friday 13th

Next up to change the tone a little bit, the next most wanted movie is The Comeback Trail. It’s based on the 1982 film of the same name and stars screen legend Robert De Niro and Zach Braff as down on their luck film producers trying to pay a debt they owe to the mob. While trying to figure out how to pay this back, they stumble across a scam which might just solve all their problems. They discover that if they pretend to make a movie and insure the lead actor for a large amount, they could make the claim on the Insurance when the lead actor has a well-planned accident while filming.

Of course, the idea of creating something to intentional fail for financial benefit isn’t necessarily unique. Mel Brooks also it with his 1967 play ‘The Producers’ which he turned into a film in 2005 film starring Nathan Lane and Matthew Broderick. The Comeback Trail takes the idea and appears to take it to hilarious ends. De Niro loves the comedic roles and while not all of them are decent, he really seems to be in his element here playing off Zach Braff.

The ensemble cast are also great with Morgan Freeman playing a tough guy mob boss and Tommy Lee Jones letting loose and having a whale of a time as the lead actor who just won’t die. The antics and laughs are sure to come thick and fast. I can’t wait

Previous episode of most wanted here

One thought on “Most Wanted Movies – November 2020”